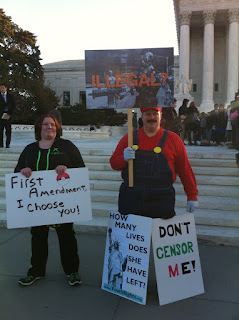 Or at least politician Alcibiades Vasquez Velasquez. He has proposed a bill to ban all violent video games in Panama. And this isn't just a ban on GTAesque games. This would be a ban on any video game that uses any form of violence in any fashion. So...basically 90% of the video games that are in existence. Even as something as harmless as Epic Mickey would be banned because you have to use a paint brush to color objects, which is some form of violence against...um...cartoons? But that would include Mario too. He jumps on turtles for points. That's pretty violent.

Icing on the cake. This is the same man who attempted to ban Halloween last year because it's an "American" holiday, and by American I think he meant U.S.A. not North/South American, that tempted children to dress up like demons.

Extreme? You bet. But nearby Venezuela added 3-5 years of jail time if you are caught selling or distributing violent video games. I think Mercenaries 2 didn't sit well with them. Hard to believe that the bill in Panama would pass. But if Venezuela did it, it's not stretch of the imagination that someone else will too.

Here's my question...how is it going to be enforced? Same question that I have with the California law. No government is going to expend more money on their police force to hunt down video game sales. I'm sure the illegal drugs and murder take a much higher priority. So what's going to stop sales? This is where the ESRB has a leg up over everyone. The gaming industry took the initiative to create their own rating system to provide consumers a way to make better informed decisions about what they were buying. Also, to not fall into the same trap as movies. Gaming retailers have fired employees for selling M rated products to those under 17 and many locations require that everyone provide an ID before purchase. So really, it's up to the parents to decide. And I know I've said it a billion times, and so has everyone else. It's not the retailers fault. It's not the publishers fault. It's not the game designer's fault. So why fine them? It's the parents. Start parenting and stop blaming everyone else!
Email Post
Labels: halloween panama venezuela violent video games