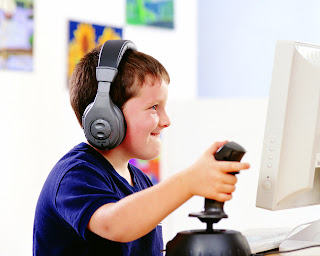 With Spring kicking, officially this weekend, all of the cute, cuddly, furry animals are returning home and bringing along insect friends that like to carry diseases.

In an effort to spaz out parents, and "attempt" to keep kids safe, the Lyme Disease Association and the New Jersey Medical School have partnered to create a video and interactive game about Lyme Disease. It'll be aimed at children grades 4-8 and inform them the basics of the disease: what the tick looks like, how to distinguish a tick bite from other bug bites, and the symptoms of Lyme Disease.

With the use of technology, particularly the internet,  kids can read stories about others experiences with Lyme Disease, and play games such as catch the tick. "Learning should be fun for kids. It's particularly important when it comes to learning about diseases," said program designer Concetta Polonsky. Ok, I can't argue with that. But I don't think putting kids in the shoe's of being a tick and trying to "tackle" kids is not the best direction for prevention.


It's not a bad idea. Anything to help kids understand the world around them is always good. But the article sort of fails to mention how many children contract Lyme Disease on a yearly basis to make this worth while. Time to Google! According to the Infectious Disease Society of America, roughly 20,000 people contract Lyme Disease on a yearly basis. Primarily dominant in the Mid-Atlantic and New England areas, but ticks can travel anywhere. While that is a lot, that's 20k out of 300 million people so I think that's less then .06% of the US population? I'd like to point out that I suck at math. True Lyme Disease can be a concern for long-term chronic pain if not treated, and while I support gaming being used as a learning tool, I don't know if the approach the LDA is taking will be the most effective. There's no effort being made to implement this into schools or associate it with advertising. Merely a website for people to visit and hope for the best.
Email Post
Labels: lyme disease video game