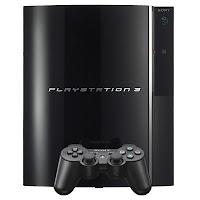 This could be a problem.

A judge has ruled in Sony's favor to obtain all IP's from everyone who has visited the PS3 hackers website from January 2009 to present. Of course this raised a bunch of concerns regarding web privacy. Sony also won to look at details from GeoHot's YouTube, Google, and Twitter accounts. Why this much info? A Sony representative stated two key reasons: to prove the defendant's distribution of the hack, and if Sony would be allowed to sue GeoHot in his home state or in San Fransisco, where they believe most of the downloading occured. Um...ok. So why do you need EVERYONE's IP to make that call? Just having the website and proving it's his and where he started it should be enough.

Sony has previously stated that they will sue anyone who uploads/posts/distributes the hacking tools. Having all of those IP's in their possession probably doesn't hurt either. I get the feeling they are going to be doing a massive ban of PSN accounts based off the IP's. So those who may have visited the website, but never went past the homepage, never downloaded anything, never linked with anyone, never provided the website anywhere, are going to get hit. I understand that jail breaking the PS3 is a big deal. But I feel they're going a bit too far on requesting IP addresses for everyone that has visited the website. It's just asking for privacy and additional legal issues.
Email Post
Labels: playstation 3 ps3 hacking sony