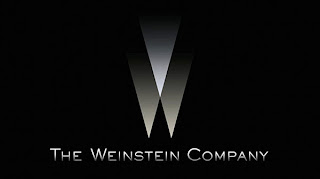 I'm still trying to determine why people are so insistent on making video games based off of movies. I know that there are marketing companies that think it's a good idea. Make a game from a movie it's gotta sell, right? As I've said before, movie based video games tend to suck. Even now as I think about it, I can't recall one that's been worth spending money on to purchase, let alone rent. I'd be surprised if there was a game that made back the money spent on development and marketing.

So why the Weinstein Brothers, Scream, SpyKids (yes they want to make games for both of those), and recently Academy award winning The King's Speech, wants to branch out into this field is beyond my comprehension.

From the company's perspective, past attempts at diversifying the brand have ended up being financial mishaps. Another level of "wtf" to add to the mix. From their PR department, the idea is to push past franchises that have done well on the big screen and develop them into lucrative games across multiple platforms. AKA, they see the money Zynga makes from FarmVille and everyone wants a piece of the pie.

Social commentary time. What movie studios seem to not understand is how to properly develop a game. Simply taking the story and plopping it onto a cd isn't enough. There needs to be a way to balance the story of the movie and making it into a playable format. Which is why so few video game movies work. Resident Evil is currently the most successful franchise, internationally, but is one that is very least like the games. Really the RE movies just borrow names and create a brand new story that has little to no relation to the games. Tomb Raider did much the same. So did Prince of Persia and the upcoming Uncharted movie (which will only have the title character's name and that's about it). When you attempt to pull in the interactive nature of video games to a movie format, it just doesn't fit. The same applies to the reverse, putting a movie into an interactive format.

And I don't know if there is a good way to translate the two media's. It's the same as taking a tv show and turning it into a movie, or vice-versa. Star Trek and M*A*S*H are the only two that worked in this format. The rest...just suck. Until we get to the point in technology that movies are more interactive (NOT 3D!) and the audience has the ability to immerse themselves into playing along, we might see the video game/movie combo work. Until then, enjoy Resident Evil 5, not like the game!
Email Post
Labels: movie based video games resident evil movie scream spykids weinstein company