The People vs George Lucas 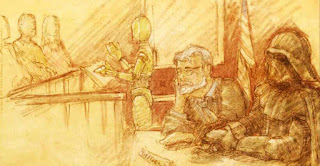 Unintentionally I found the time to watch The People vsGeorge Lucas the day before the NDA on TOR released. It’s a Star Wars kind of week.

It’s a documentary that dates back to 2009, released in 2010, but did not get onto DVD until late September this year. It only just recently became available on Netflix. I don’t remember where I read about it, but the idea sounded amusing. It’s not about the history of Star Wars or how it became popular, but the love/hate relationship fans have with George Lucas told though fan films and interviews. Wikipedia notes it as a courtroom style documentary; looking at both sides of the case and attempting to resolve the debate. Is George Lucas the most brilliant man in film or the bane of all fans?

It talks about the good and bad of George Lucas. No man is perfect, and as much as we love to idol worship, he is still human. He knows that he has flaws and accepts them. While he doesn’t admit to all of his mistakes (Star Wars Christmas Special anyone?), the film shows him as a mortal. It’s nice to see him casted as such. 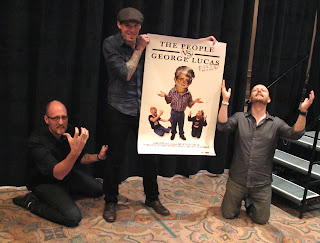 In the things we love about George is that he has allowed people to openly praise and mock his work. He told the community “have at it.” He’s given the tools to everyone to allow for them to make their own versions of Star Wars, in full force (no pun intended). Star Wars fan films outnumber all others. Someone mentioned in the documentary that Dr Who fan films are second to Star Wars, and for every one Dr Who fan film, there are 100 for Star Wars. And Lucas supports it! Every year they have a fan film contest. I got to see this year’s selections and helped to vote on a winner for the fan vote-one at WonderCon and one at ComicCon. What I appreciate about this particular documentary is that it splices in multiple fan films to help progress the story. They’re not just randomly inserted, but integral pieces to the documentary. And it’s through George Lucas that such fan films were possible.

It also talks about life imitating art. George Lucas began his career doing avant garde film. He was good at it. Personally, I got into films because of what he was trying to achieve at such a young age. The problem was getting Hollywood on board with his vision. His early work such as THX1138 and American Graffiti were edited by the studios and never really captured his vision. Papa George vowed to never allow anyone in the industry to have control over his work again, and Star Wars was a rebellion (see what I did there? >.>). And because of it, movies, merchandising, marketing, none of it has been the same. For example (not in the documentary) you know that before Star Wars films had all of the credits at the beginning? They felt that people wouldn’t remember names and faces if you didn’t put the credits up front. Star Wars made the movie about the experience, and guess what? We still remember the names and faces.

But in his quest to be independent, George Lucas became a corporation, a commodity, the thing he hated. He’s even quoted himself as saying that he has become Darth Vader. And as much as a fan may hate Papa George, you have to feel some sympathy towards him in the way we do with Darth Vader. We dislike Vader, sure, but we also feel sorry for the guy. Vader wanted to fight against evil, but in turn became the thing that he despised the most. This is what the documentary does well, it makes George Lucas human.

While it sounds heavy-handed, there is quite a bit of humor thrown into the mix. With interviews from geek aficionados within the business, and everyday fans, there is a lot of love and hate thrown around at Papa George, but done in a slightly comical tone. I don’t think anyone truly hates George Lucas, but dislike some of his recent creative choices (such as re-editing the original trilogy, and Jar-Jar Binks). 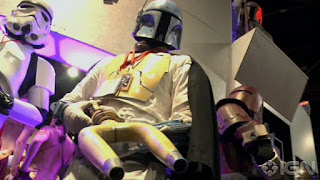 It also talks about the one point of view we seem to forget, KIDS! One thing Lucas has argued with the newest films is that they were meant to be for the family; Episode 1 is the beginning and was to allow kids to grow up with Anakin and see what happens. That’s why you have the sillies that go on. And guess what? There are a lot of kids that love Jar-Jar. They see Star Wars as an all encompassing universe. They’re not aware of the differences that we, as jaded adults, are.

Another segment I appreciated is this question of who ownsStar Wars, the fans or Lucas? I won’t go into the details, but it’s a compelling argument for both sides of the case-one of Lucas as an auteur, and one of him destroying the preservation of film history.

It felt a little short.

Also the Lucas bashing was a little more then the Lucas love-fest. It’s a film coming from a generation who grew up with Episodes 4-6. Some of us are a little upset at what’s happened to the franchise. So I get it, but it felt a little heavy-handed about the nerd rage at times.

As a whole, it’s a great film for fans, haters, and newbies. It puts a new perspective on Star Wars that you probably never would have thought about. Worth the purchase, or at least a rental.

A special note to Papa George: Please go back to avant garde. Make the films that you love to make. I'm sure the corporate persona can take a break for a few years.
Email Post
Labels: star wars the people vs george lucas