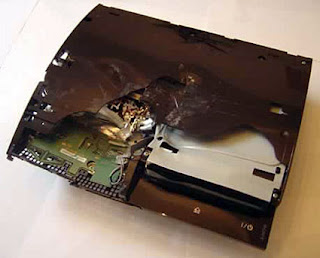 Ignore the fact that nearly 1 million Xbox systems sold during the holiday rush last week. Mr Garriott feels that systems will be gone soon. If the name sounds familiar, it should be. He's the creator of Ultima and Tabula Rasa. Yeah those PC games of yours are doing quite well Mr. Garriott, wouldn't you agree? Ignore Ultima, but really the man has done little else other then make Ultima games.

Anyway, he feels that the convergence of multiple devices to computers, such as smartphones, I-Pads, and the like will make consoles obsolete. There might be one more generation, but after that it'll be done.

A number of people are arguing against him, though not named or quoted in the article. I'll be one of those people.

True the power of our phones and tablets has been getting stronger, but they have a long way to go before they can play a video game like Skyrim or Gears of War 3. Try playing those on a tablet. It'll cause it to fry. And Panasonic already ditched their portable MMO device. We're just not there yet technology or design-wise. It's going to take longer then another generation of consoles. I'd bet at least 3-4 at the least. Not to mention gaming is a group activity to many. The Wii for example is a very family friendly oriented system. By limiting the experience to just your phone or your personal tablet you remove yourself from that type of game play. It's not an appealing prospect. Even myself as a solo gamer I still like knowing that if I have friends over we can plug in a few more controllers and play Rock Band or co-op mode on something. You can't expect to do that on a tablet.
Email Post
Labels: future of video game consoles richard garriott smartphones tablets