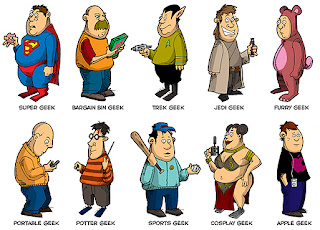 A new show is in the works called Fandom Rising. The header of the website states "From the Masterminds behind 'Jersey Shore' comes a New Vision for the future of television."

This can't be good.

Popular Productions is looking to cast 8 people for what they call "The Big Bang Theory Meets Jersey Shore." Did anyone else just throw up a little bit in their mouth? Making sure it's not just me.

This is legit, for anyone who may be wondering. This is a casting agency that has worked with MTV on multiple projects in the past as well as other reality television shows, such as Auction Hunters. Yep. Even the shows that "appear real" really aren't.

Here's the thing about reality television, there are a lot of editors and production people who help create the stories on those shows. You can be the most sane, normal person in the world, but they will find a way to craft a story. Take The Real World for example. Scroll about a third of the way down, past the "cast" list and you'll find the crew which more then doubles the number of people who have appeared on the show.

And with the popularity of being over the top crazy, if you're normal you won't be picked. As indicated by Fandom Rising's PDF on how to make a tape, "Have lots of ENERGY." They want you to be loud, proud, and crazy because that's what people want to watch. They don't want to see normal geeks. They want the over the top insane ones that make up less then 1% of our fandom. I made a long post about it previously when another company attempted America's Greatest Otaku. I'm glad that one didn't pan out. But this one with the type of monetary backing that it has? Be prepared to have more people laugh and misjudge us. No matter how much you try to resist it, if you are one of those chosen, you will give all geeks a bad name.
Email Post
Labels: fandom rising reality tv wants geeks