The Link Is Clear! But Not Really! 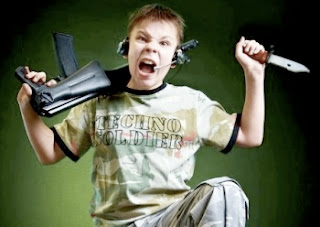 Another one of those “violent video games makes kids aggressive” articles. I’m only bringing this up because apparently it’s now a “clear link” instead of “we just think it is.”

Yeah the link really isn’t that clear. The process is a little better, however.

The study took place in Ontario over a period of 4 years and nearly 1,500 kids. They started at 14-15 and ended at age 17-18, about half and half for girls and boys. Surveys were carried out, so no actual visiting of the kids to see what they were really doing and could monitor or verify that they were telling the truth, and the results determined that there were steeper rises in aggression by playing violent video games.

If my sarcasm wasn’t obvious already, there are a lot of flaws with this research.

First, at no point did they take into account any environmental factors that would affect the research. I.E. what was the child’s home life? Did they watch violent movies or television programming? What friends and peers did they hang out with? Among the myriad of other possibilities, to just limit it to video games and video games alone is…well stupid. For 4 years these kids did nothing but go to school and play video games when they got home? Dumb.

Second, the research paper published shows that no one verified that the kids were telling the truth. So how do we know that the kids did actually play or not play violent video games? For that matter, what state of mind was the child in when they filled out the survey? Were they mad at getting an F on a test, and thus resulted in their survey being altered?

Clear link? Yeah right. Try again. Though I appreciate the effort in a larger sample size and for trying to apply it outside of the testing room.
Email Post
Labels: clear link to violent video games and aggression - not really ontario canada