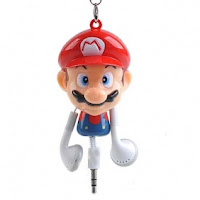 I’m running through my second time in Mass Effect going Renegade and femShep. Partially to get the achievement, but let’s be honest with ourselves: being an asshole is way more fun in a video game then trying to play 100% goodie-goodie. And after trying to negotiate with an Alliance solder making sexist remarks, the jackass deserved to die.

What the heck does this have to do with music? I’m getting to it. I installed the “Bringing Down the Sky” add-on. I had points just sitting there of no use to me. It was cheap and at least the points got used. Well as I drove around the rock, discovering the random small bases and what not, one station allowed me to flip a switch and pipe in the Citadel music into my helmet which lead me to this: what would Sheppard have playing in his/her helmet? I even addressed this, half-hazard-like with Master Chief a few weeksago. (I still contend that he would not listen to The Darkness.)

What would our wonderful video game characters really listen to, if given the option? I’m sure even Mario is so sick of his music he’d be happy to listen to something else. Anything else!

So let’s start out with the legendary plumber – (dripping with irony, but if you ignore the lyrics the music would be Mario’s speed):


Cecil (FF4) - Assuming he ever got tired of Uematsu’s music, in which case he’s nuts:


Master Chief (Halo) – This, I admit, is a challenge. He could go the obvious or completely random, so here are two playlists: