Where Boys Can Be Bad: The Landscape of Video Games 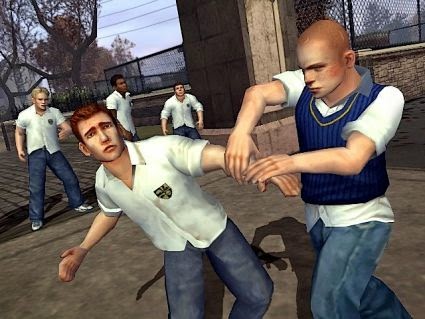 In researching for her new book Masterminds and Wingmen, Rosalind Wiseman (the one who wrote the book that became the movie Mean Girls), wanted to focus on the following topic: Are the characters in video games themselves, and by extension those who make them, encouraging bullying? In the same breath, are they also reinforcing stereotypes about how boys should act (i.e. not show emotions, not cry, be tough, be aggressive, etc.)?

Good questions. She teamed up with actress Ashely Burch of YouTube fame for her gaming skills, who left the gaming scene for some time because of bullying. Sadly, their findings so far pretty much reinforce what we already know. Video game heroes are emotionless robots that emphasize the need to be "manly." In turn, this may produce un-sportsmanlike behavior, such as verbal harassment of other gamers. What Wiseman and Burch want is for developers to be more involved in how they create their characters. Men can cry too! is what they are basically saying, and developers should hold themselves responsible for the behavior of their customers.

As one example, Riot, the creators of League of Legends, has been pouring money into researching and developing ways to encourage good sportsmanship amongst it's users, even providing rewards to those users for in-game items and punishing those who have been rated as abusive - like removing chat functions. And Microsoft is slowly improving their abusive report system. Slowly. There is still much to do and it'll take time before we see changes. But should we hold developers responsible for creating the games that may, or may not, influence young minds that this is appropriate behavior?
Email Post
Labels: aggressive behavior bullying in video games league of legends masterminds and wingmen riot Rosalind Wiseman