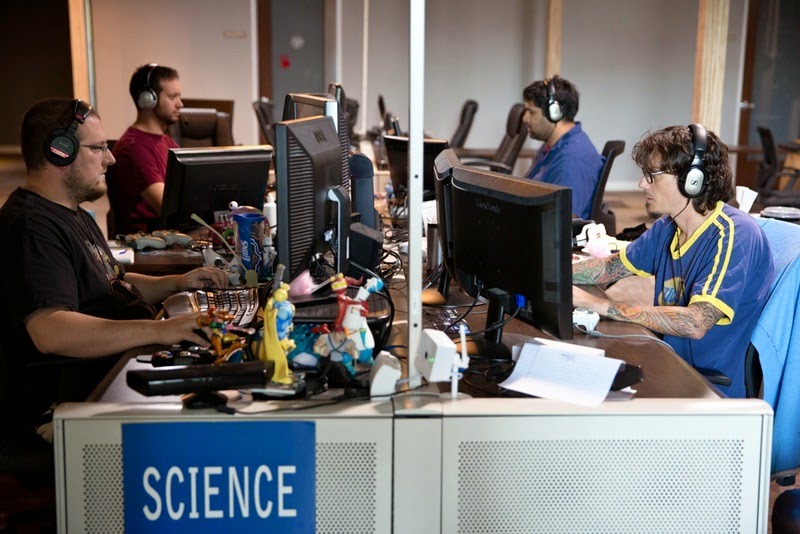 Texas film advocates want to separate video games from film in the state's budget. And I'm all for it.

In 2008, the Texas Legislature created the Texas Moving Image Industry Incentive Program with the help of film and gaming constituents. The goal was to set aside funds in the state budget to act as means of helping to entice companies to move and/or film their projects in Texas. It also helps provide grants to companies that hire Texas workers in film, television, or video games. Lawrence Collins, an advocate, claims that it's time for the two worlds to split to ensure funding is appropriated equally. What Collins claims is that film is taking up the bulk of the funds and is having to fight harder to obtain the grants. It's a different method of development and production by comparison to video games, and he, as well as other Texas businesses, feel that gaming should get their own say, and way, on how to spend state funds.

My argument is more along the lines of gaming is kicking film and television's ass. They don't want to see more of their government funds being redirected to games. They want to keep as much of it as they can. What's the best solution for this problem? Remove games from the program and create a new one specifically for them. It's also the more logical, less flowery answer.

Texas is home to over 180 gaming companies, the second largest in the country behind California. It also has a decent size film industry for independents because of the incentives program. They are two large groups vying for a lot of money. The current incentive provides anywhere from 5-20% of funds from the pool if the company spends more then 60 days in Texas to produce their content, and hires 70% of their employees in Texas. With a film, 60 days is a lot of time for a production schedule but if you move your entire operations to Texas to edit and cut the final product, that's feasible and improves the Texas economy. Video games work differently, taking anywhere from 1 to 5 years to develop. They're not in the same league as movies and television, and they shouldn't be.

Tom Foulkes, vice president of state government affairs at the Entertainment Software Association, agrees and would like to see the industries split up in the budget. But not just yet. We're a month out from the budget debate at the Legislature, and it's just too soon. Gaming may be dismissed entirely without a backup plan because of this last minute decision. Foulkes and others, such as Nintendo and EA (with offices in Texas) are asking the Texas government to give them another year to come up with a new program just for them. Making changes now could drive away potential business.
Email Post
Labels: movies in texas movies want to distance themselves from games texas gaming texas legislature texas moving image industy incentive program video games in texas