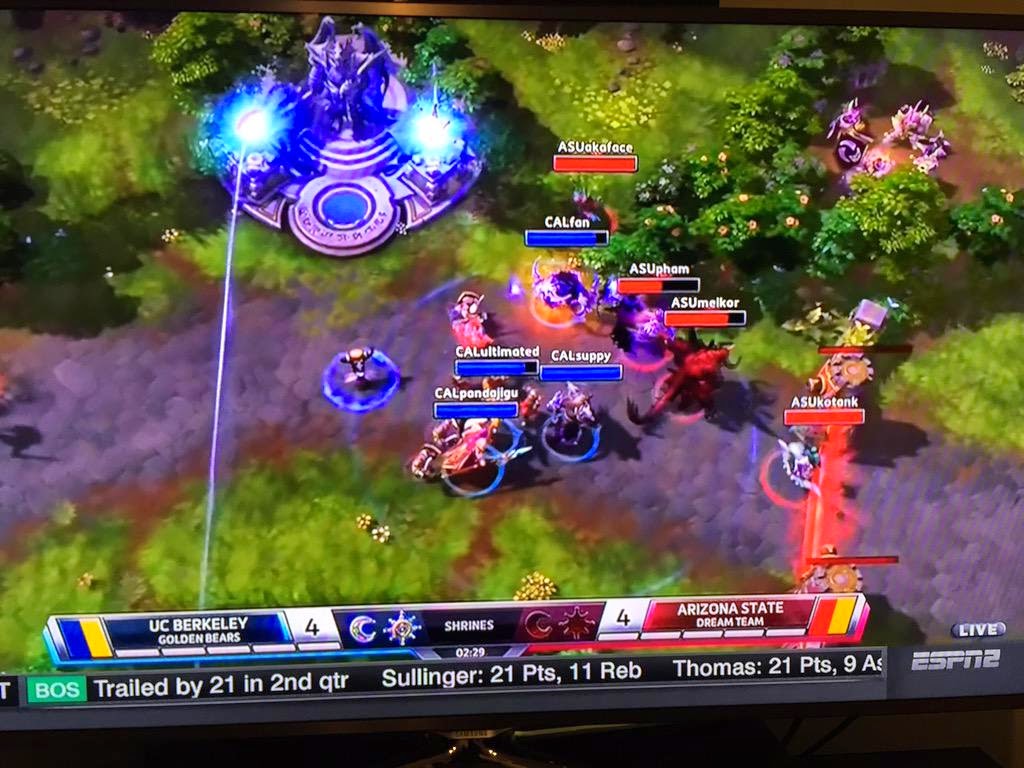 Apparently ESPN2 decided to move their Heroes of the Dorm, a play on Blizzard's Heroes of the Storm, tournament from ESPN3 to an evening event this past Sunday where the last set of teams for the March bracket played in the finals.

Normal ESPN2 viewers were mixed with awe and confusion. Some were just downright butt holes and began throwing out slurs and vulgarity on Twitter to ESPN.

Blizzard announced a partnership with ESPN to do a March Madness style tournament of the game from top teams around the country. The teams are all college based and the top prize was enough money to cover most of the tuition of the gamers. The brackets were whittled down to two, Arizona State vs. U.C. Berkley. The tournament has been viewable on ESPN3 for several weeks, as a  number of Twitter users commented. So seeing the final round on the more heavily viewed channel of ESPN2 makes sense.

Reviews have been mixed and the Nielson numbers for the airing will not be available until next week. Still, it's another step forward for eSports.

But for those who are getting flustered about having their normal programming taken away, here are some wise words from Tortio 586:

"You watch sports. This is esports. [T]echnically watching the same thing."
Email Post
Labels: blizzard espn espn2 espn3 esports heroes of the dorm heroes of the storm viewers freak out of espn esports