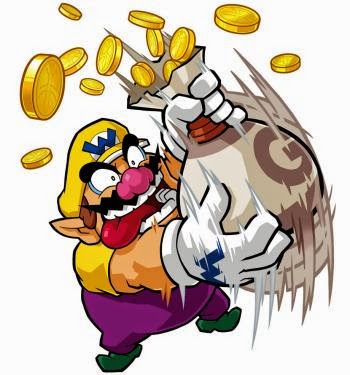 Another link round-up today of some interesting, and sometimes weird, stuff one finds on the internet about gaming news.

- Copyright laws. This one is not about developers using the likeness of others for games (EA, we're looking at you). The focus for the article is over user generated content, with the skeleton framework created by the game, but someone puts a new skin on it. Who owns that content? Does anyone? And can it be copyrighted?

- Keith Burgun blogs on Gamasutra that video games are nothing more then broken toys. We don't mean Assassin's Creed: Unity, where games are intentionally being released with the promise of more content later. The argument is essentially this: toys break when you give them a goal. As you play a game, your task is to complete the goal set within that digital world. Press A into Slot B and there's your thesis. I'm not fully convinced on the argument, but it's an interesting take on how one can view a video game.

-  Don't get mad at free to play games. Be happy. Several developers at GDC comment on the free to play model and how it's affecting the video game business, in a good way.

- Here's another post to Nintendo on how to run their company. Mostly it's about the new YouTube adShare program and Amiibos. Those stupid, stupid Amiibos. Yes. I have 3. No. I still don't have a WiiU. What of it?

- And we'll round it off with WhatCulture and what they feel are the 10 most offensive portrayals of women in video games. They included Bayonetta so...yeah. Take what you will from that.
Email Post
Labels: assassin's creed: unity copyright law ea free to play freemium gamasutra link roundup nintendo ubisoft weekly link roundup whatculture youtube