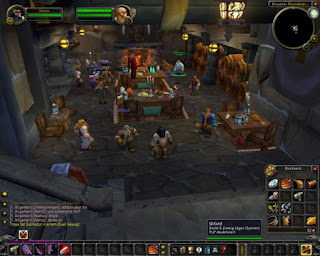 Is social gaming still alive, or is a persistent problem in video games?

That's the question I would like to pose today. What you may view as social, may be different for your friends, your neighbors, or that person in Germany who is kicking your ass in StarCraft right now.

TechTimes writer Vamien McKalin believes that online multiplayer is killing off true social gaming, arguing that the features of split-screen design are necessary to have a real social experience. Also, I have learned that in order to have a job in game journalism, you need to have a really cool/unique name. He uses the upcoming Halo 5 as an example. When the game was initially announced, split-screen multiplayer was an added feature, to the delight of some fans. It allowed you to team up with your friends and family on the same console, and provide a classic Halo experience. At E3 this year, 343 Industries axed the idea and have returned focus to the core game play and improving online content. McKalin feels that this change in tactic is spelling doom for traditional social gaming. That we are becoming less involved, less social through online gaming, versus instant human contact by having your opponent sit next to you in the living room. Nintendo is McKalin's safe-haven, being one of the few developers/publishers that promotes same-console gaming.

Social gaming has evolved since the early days. Most of us over the age of 25 remember it being a hassle to get someone to join you in a game. Why? Because they needed to be in the same room as you. If you ever wanted a non-computer opponent in Mario Kart (Super Nintendo), or Pong (Atari), you had to have another living being sit to your right. Or train your cat how to use a controller. Both come with equally amusing results.

And for a while it was good. Much of the gaming experienced still relied on solo adventures of you, being the hero, stopping the bad guy, and saving the day. But you could take interludes to call your friends over and play Goldeneye to do the outrageous multiplayer modes with oversize heads and paintball ammo. For games like Rock Band, the in-house multiplayer element makes sense. There's nothing more entertaining then having 3 of your friends or family members try to play a Nirvana song, missing half of the lyrics and drum beats, and trying to not laugh as you muddle through the song. Online play for those games lacks the face to face interaction that make those games special.

But is social gaming dead? Not at all. It's changing to fit with today's world.

As we become more mobile, gaming is transforming itself to work within our needs. This is why cell phone and iPad games are a huge deal to developers right now. There is an expanding market of people wanting games that fit their daily phone addiction. Pick it up, put it down at your own pace. Because of this, the social aspect of console and PC games has been tailoring itself to fit those needs. I'll use World of Warcraft as examples. One of the smartest things WoW could have done was introduce a dungeon/raid system that allows you to push a button and be randomly placed into a group of people that fit the specs of the map. You don't have to spend hours shouting across the server for people to join in on the dungeon. The game does it for you.

Now, you may say that this decreases the need for the player to interact with others to ensure success for their raid. I would say that it enhances social cooperation, more-so because it's designed to help players who don't have 12 hours to spend on a game that day. With the auto-group system, you have to collaborate with your team. Going in silently and doing your job abilities isn't enough. To be effective, you need to communicate. That means holding discussions with new players you have never met before. While there is a chance that this would occur in your 12 hour stint shouting for help, more then likely you'll have a friend or two take pity on you and build a group that way. It doesn't create the social environment that games like WoW and Final Fantasy 14 are attempting to build. Though it is good to know that you have reliable friends.

Their goal is to provide a fun, user-experience that allows you to meet new people with a natural ease that playing games has always provided to building relationships. There once was a time when the only games available were Monopoly and Backgammon. Imagine meeting your friends at a Monopoly game, and tell me if you come out of that as the same person that went in. But I digress.

As someone who has too many games to play and little time to actually play them, I love the auto-group features. It gives me the interactivity and human interaction that I crave for, and doesn't penalize me for having a life outside of video games. It still allows me to meet new people, strike up conversations, and fit within my one hour window of game time.

Do I miss having a person next to me that I can taunt while shooting their pixilated character with a paintball gun? On occasion. But online games were not developed to fit that setting. They are meant for consumers of the ever-changing digital realm, and that means a new state of social interaction.

I don't believe social gaming is dead, and not in the traditional sense either. There will always be games from Nintendo to fill that void, and another Rock Band is on the way. But we would be silly to think that it's not evolving. It has to if we expect video games to survive.