The Art of the Video Game Box and It's Untimely Demise 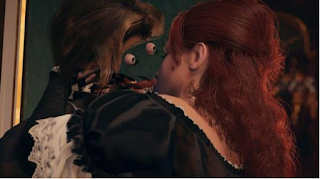 First off, I'd like to apologize for the image. Googling "broken video game case" came up with a number of interesting results. None of which were appropriate for the topic. So I went with the next best thing: a broken AssCreed game. Enjoy the creepiness of the no-face!

Down to business. Last week the expansion pack to Final Fantasy 14: A Realm Reborn was released. I pre-ordered a physical copy of the game. While I still advocate that pre-ordering a game on the scale of Final Fantasy or Call of Duty is completely arbitrary, unnecessary even (and as was the case with Assassins Creed: Unity, you guaranteed a sale of a broken product), I did it in this scenario so I wouldn't forget to buy a copy. My brain has been so focused on doing well at my new job and not screwing up within the first 90 days, that my timelines are off. I keep forgetting that Dragon*Con is just two months away, and I've been waiting for that trip all year - thinking I still had another 5 months to go. So yeah. It's bad. I needed to pre-order this or I would have forgotten and been made fun of this upcoming weekend by my friends for my mental lapse.

In spite of the shipping issues with Amazon (seriously guys, you shipped the product 4 days AFTER release? What happened to that pre-order guarantee?), I received the game early this morning. Again, I'd like to point out that it was a week after release so my entire purpose of pre-ordering was moot. I would have remembered to pick it up in the store after a week. Thanks Amazon. (Please note the sarcasm.)

It has been just under a year from the time I last purchased a physical game. It would have been Borderlands: The Pre-Sequel, but Gearbox gave away free copies at PAX East 2014 and those came through a digital download. Since then I've been mostly sticking to indie games and Steam downloads, less console content. But I still love the feel of a physical game in my hands. Final Fantasy in particular, since I'm a collector of FF games. With FF11, they always had some of the best boxes and artwork to accompany the disc. I can look at my shelf of games and FF11 always stands out among the pile for being unique and one hell of a package. You spent $49.99 and you get $49.99 of durable content.

Opening my slim package from Amazon this morning, I was disappointed to see that the PC box is no more. The game was in a plastic case, no different then what is seen with a console. It was flimsy. Even with my lame-ass arm strength, I could have crushed this thing in two. Even worse is that no instruction manual was included. Yes I'm old and I'm a purist. If I'm buying the physical game, I want a freekin' manual to come with it. And with Square-Enix, they always made the game manual an art-form unto it's own.

I spent $39.99 on a game that came in a plastic case that could easily be broken, and a sheet of paper with my registration code.

The art of the game box is dying, if not dead already. Checking with those who purchased the Collector's Edition, there was no value in getting the physical version. The "box" was also the crummy plastic case. You bought the CE to get the in-game items. Funny enough, you can upgrade to the Collector's Edition at any time through the Mog Services website.

As people are moving more and more towards digital for distribution, the boxes are dying out and being replaced by cheap plastic casing. I understand from a cost standpoint, it's cheaper. Way cheaper. But you also lose that touch of quality by going for the least expensive method.

I miss the joy of opening the package and seeing the box art. How it can enrapture and mesmerize it's owner. The weight of the game box in your hand. The scent of opening the box for the first time, with the crisp pages of the manual. I'm still a book nerd here. I have a Kindle, but I'll take a paper-book over it any day of the week. You can't beat the smell and the feeling of a good book.

But those days are a distant memory now. I sat there, with the flimsy case in one hand, looking incredulously at the registration code in the other, wondering what the hell happened over the course of the year to reduce the box to this state.

I now understand why collector's have stayed away from next-gen content. If this is the quality we can expect of the packaging, there is no way these discs will survive in 5 years.

I guess it's digital all the way now. And that makes me a little sad.