Was there an E3 Winner? 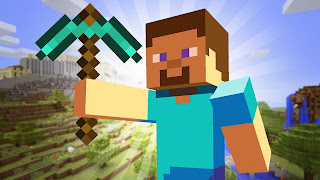 Everyone is going to have an opinion and attempt to answer this for you. First off, think for yourself and you decide if there “is” a winner or not. Because there may well not be in your mind – maybe this year everyone did so well (or badly) that you feel they all represent their brand equally and it’s difficult to claim a winner. Second, this blog post is an opinion piece. I encourage everyone to take the time and watch the events on your own. They’re all available on Twitch and YouTube from each company, Microsoft, Sony, and Nintendo. Nintendo’s is the shortest and most highly stylized because they opted for a digital presentation. No audience. No press. It’s Nintendo’s leaders talking to the fans through the internet. But it’s short because they didn’t have to worry about downtime to swap out demos and counter any technical issues.

Let’s jump into it. As a whole, each company went out there to show what they did best. Microsoft took pot shots and initially won over people with their backwards compatibility claim. They soon lost some of those new-found fans when more details were revealed that the first batch of 100 XBox 360 games are either already on XBox Live or are part of the Rare Anniversary Collection coming out this Fall. Not true compatibility. The first full 100 games will not be available until this holiday season, Christmas time, and future games will be released in 2016 – with no word on how many, when, or which ones.

What they did do well was show off a lot of shiny things. The Occulus Rift is the crown déjour. Starting next year it’ll be released as a bundle with Xbox One units, and will work with Windows 10. It jumps from you One to your PC. Not a bad deal. And they previewed a new hologram interface that’s in the works, by using Minecraft. You can turn any flat surface into Minecraft, and it looked great on the demo. Now if we could see into the glasses…

Sony followed up by giving games to gamers that they have been waiting a long time for: The Last Guardian (from the house that produced Shadow of the Colossus and Ico) and Final Fantasy VII (Remake). It got the crowd rolling. And their content in-between was pretty darn nifty too. Lots of new IP’s and not as heavy-handed on the sequels. Sure there was Uncharted 4, and some Call of Duty: Black Ops exclusives, but the content for Sony focused on making the system stand out. Which means brand, new, games. I’m looking forward to 2016 already.

Having said that, I think SquareEnix should have hold off on the Hitman trailer at the very least. They gave all their good stuff to Sony, causing a lack of interest in their own panel. That Hitman trailer was phenomenal! Even for a reboot, it was the right notes throughout the piece. You knew exactly what the story was without having to be narrated through it. The images told you what you needed to know, and left you wanting more, as any trailer should. SE, you need to do that more often. Your other trailers were so text and narrator heavy that I gave up 30 minutes into your presentation, and sped through the rest of it. And that FF7 remake was not that big of a deal. All of the talking to the audience was annoying and completely removed the game from its element. It would have made a greater impact if they had played through the opening movie – or, even better, isolated a key cut scene in the first disc and remade it for the PS4. Simple. Effective. As any trailer should be.

Nintendo rounded out the top three by going in a different direction and not holding a standard panel. They created a digital experience, knowing full well that most of their audience would be at home. Not everyone gets to go to E3 every year. It tends to be more industry and press, less gamers. In doing so, they were able to craft an hour that fit the Nintendo image, with puppets! I’m pretty sure that will be the only time I’ll see the Nintendo gurus dancing, and that was in puppet form. They definitely made waves with the new Star Fox: Zero. And an extra special treat with Mario Maker. The downside is that there really wasn’t anything new. They didn’t talk about their new console in the works, or about peripherals. It was all games that we were fully aware would be released later this year. Oh, and Amiibos, because those took over like a madhouse. One thing I did appreciate is that they took the time to talk to developers and go into their personal stories. The one for Yoshi and how the yarn pieces were created was charming.

Sony would probably be my personal favorite with the heavy focus on new games, new content, and new developers, but all of the companies had highs and lows. It’ll be good to see the reviews that come out about the games being played on the show floor this week.
Email Post
Labels: amiibo e3 2015 electronic entertainment expo microsoft minecraft nintendo occulus rift playstation 4 sony xbox one youtube