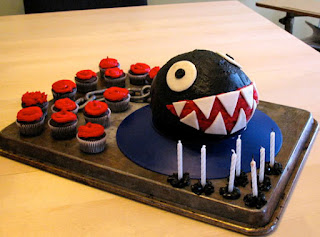 Lot's of links this week, and not all of them pertain to Apple TV's new service. So let's get rolling!

- The Guardian has an article about the lack of diversity in video games, from gender to race. And while you may think this leads into the atypical discussion about how we need more women in leading roles, it's not. What if you take Gears of War and make all of the characters female? It's still the same game - a shooter with a lot of gory violence. But simply putting a pink bow on a game isn't going to make it more inclusive. It doesn't change the dynamic and it won't encourage people to pick it up and play. The system which games are developed needs to be restructured to achieve diversity. We need better games. Putting in more women, Asians, religions, etc. isn't going to resolve it.

- Good isn't good enough, says indie developer Daniel West, who wrote a very honest piece on Gamasutra about what happens when an indie game under-performs. The game is Airscape: Fall of Gravity that him and a group of students worked on for over 3 years. The game has a 75% average Metacritic score, which is pretty darn good for a video game given how vitriol MC can be. But as of the article's posting, only 150 downloads had been achieved, probably one of the lowest performing games on Steam. I appreciate West's honesty on why the game isn't performing as well as intended. With all the marketing in the world, even game award nominations, if the game isn't hitting the right audience, it's not going to sell.

- CultureVulture makes an attempt at showing gamers how budgets for AAA titles work. By going with a Kickstarter campaign for an indie game, where the developer is showing full transparency on where backers funds are going. I didn't say it was a good link - just an attempt.

- The Sony Playstation, the PS1, turned 20 this week. It was only 2 decades ago that we were still using cartridges for our games. No discs. Sony has created a retrospective for it's fans. Man. 20 years. Time flies.

- With 2016 inching upon us, Crave Online has created a Top 50 Games List for the first half of this decade (2010-2015.) You'll find a lot of sequels on this list and not many original titles, with the exception of Minecraft (released in 2011, and it still boggles my mind that it's only 4 years old). But I was surprised to find the likes of FF14: A Realm Reborn, Super Mario Galaxy 2 on the list. Thumbs up to the author.

- Resident Gamasutra blogger Thomas Bidaux has a great article on how Kickstarter and GoFundMe developers should introduce and provide stretch goals to their backers. Very well thought-out, and a great read for any indie dev looking to crowdfunding as a resource for funding.

- For you Five Night's at Freddy's fans, game #4 is going to receive a special Halloween update on October 31st. The content will be free, an automatic update to those who own the game. It's not DLC. Huzzah! And with the witching hour on a Saturday this year, we know how gamers will spend their evening.

- And finally Forbes looks at The Witcher 3 and Metal Gear Solid V: The Phantom Pain. Apparently they both suffer the same flaw: they are too wide-spread with their open-world game play. Interesting read. I don't know if I buy the argument, because I'm a fan of story-progression through world discovery. But Forbes makes some valid points that can't be ignored.
Email Post
Labels: apple tv five nights at freddy's forbes gamasutra gofundme kickstarter metal gear solid v playstation turning 20 sony the phantom pain the witcher 3 top 50 games of past decade weekly link roundup