Can We Stop Hating on the Prequels? 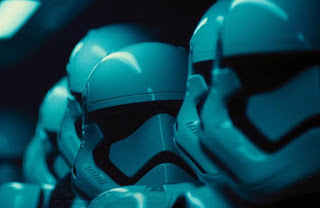 You're essentially telling those who are into Star Wars that they're not fans because they grew up on the newer films, or happen to like them more then the original trilogy. And that's not okay. What's wrong with liking Qui-Gon Jinn over Lando? Or Jar-Jar Binks instead of Jawas?

While the Star Wars community is vast, and one of the few experiences that we can use to relate to people half a world away, we're still small in numbers when it comes to open acceptance of our nerdy ways. Only now is it becoming a staple to see people dress casually in Star Wars t-shirts and shoes. I even made a skirt (something I never wear) for this year's May the 4th using a Star Wars themed cotton print. A few years ago this would not have been acceptable in any office environment. But the world view on nerdy things is changing and it's great to see.

At the same time, nerds are being incredibly volatile for stupid things. I have to call it out as I see it. Why is it such a big damn deal that I happen to like Revenge of the Sith more then A New Hope? It's not destroying the community. It's not destroying the expanded universe (Disney did that, hah!). And it doesn't make me any less of a fan. That's the key point right there.

I grew up watching 4-6. Even then I got flack for naming Return of the Jedi as my favorite of the films. (What? You don't like Empire? But it's the best one!) Episode 1 was released when I was 13 and I could relate to the charm, the tact, and the intent behind the Prequels. Are they the greatest films in history? No. And that's fine. I enjoyed them for what they are, and appreciate the grit of the third film that it tops over Episode IV in my eyes.

This still doesn't make me any less of a fan. I celebrate the achievements of the Star Wars franchise. I proudly don my lightsaber earrings whenever my ears and hair allow (earrings are not made for people with long hair). I make sure to decorate at least one pumpkin every Halloween to the look of the Empire. I have 4 battle-ready lightsabers. I own some pretty rare figurines (including the C-3PO that looks like he's having a happy in his robot pants) and a bitchin' Empire poster with most of the main cast members signatures.

But none of that matters in the eyes of a lot of supposed "fans" because I find merit in the Prequels.

"What got you onto this topic," you may wonder. Well it started with an article on Kotaku: It's An Awkward Time To Be A Star Wars Fan. I started reading because the sentiment feels very appropriate. Since the purchase of Lucas Film, Disney has been transforming the Star Wars image and re-imagining it. The Expanded Universe (EU) was kicked to the curb and a new legacy has been formed (what became limited to the 6 movies and the 1 TV show now includes some video games, along with new graphic novels, and books). It's left a number of fans leery, but hopeful that Episode VII will help reclaim some of the losses with the new changes. Though I'm still not buying into the GQ Magazine coat.

With the new movies announced, the hate spam steadily grew with the resounding chorus of "they have to be better then the Prequels." A number of people stood up for Episodes I-III, myself included. There have been whole communities on Tumblr, Reddit, 4Chan, and other internet heavy forums that support Ep I-III. It doesn't stop the hate train, sadly.

But back to the Kotaku article. With the EU altered, a number of original Lucas Film staff members and fans have been trying to preserve the original timeline of content. It's a big chunk of what makes Star Wars, Star Wars. What was always so cool to me about EU is that it was fully endorsed by Lucas. They were additions to the lore that were from the fans, and they soon became canon books and video games that further defined the Star Wars legacy. So when it was taken away, it felt like a part of us had been removed as well. I look to my friend who use to work for Lucas Arts as an example. He helped with the creation of characters on dozens of Star Wars titles for BioWare and Lucas Arts. He has been a Star Wars fan as long as he can remember, and it was his dream to contribute to the universe through gaming. And then Disney said nope. No longer valid. They closed Lucas Arts and the titles were sold or handed over to EA. It was a blow to a lot of fans who worked to be a part of the legacy. And that was heartbreaking to know that his work no longer counted to the Star Wars legacy. Fans kept Star Wars alive long after the movies ended, and it's a history that can not be simply erased with a few keystrokes.

Since then, Disney has been attempting to regroup and create a canon EU that exists under their property - not necessarily fan driven. The article continues by covering a new novel that's being introduced in the now Disney canon universe: "Star Wars: Aftermath." It essentially fills some of the gaps between Episode VI and VII. The article's issue is that "Aftermath" doesn't dig into the finer details of the universe, incorrectly naming ships, or throwing out alien races as a nod to fans of the original EU without really providing depth to the content.

It's about this time when my interest in the article took a 180 degree turn. According to the writer's opinion (I don't believe this is a Kotaku staff member, but an outside opinion piece), there are 2 other instances where there was little care for the Star Wars lore in the way that "Aftermath" is handling the finer details of Star Wars: when Lucas Film first created EU continuity guidelines in the 1990's, and the Prequels.

The prequels were bad. For people who aren’t like me—we’ll call them “normal” fans, no disrespect intended—that’s all it was. They were just massively disappointing and shitty.

I wish this wasn't towards the end of the article. If I hadn't invested so much time into reading, I would have stopped at that point.

No disrespect? Sorry. That does not absolve you of the massive hate that you just threw down. You have essentially said that any fan who likes the Prequels isn't a fan. "No disrespect" is another way of saying "kiss my ass."

What the fudge is a "normal" fan? Why can't someone who likes the Prequel be a "normal" fan? Or a super fan? And what's wrong with being a normal fan? Can't normal fans like the Prequels as well? Why do we have to separate out the levels of fandom? What the fudge is that going to accomplish? Last I checked a fan, is a fan, is a fan. It doesn't matter how long you've been one, or how little you know. What about the, undoubtedly, hundreds of thousands of children who grew up watching Episodes I-III? Are they not fans and super fans because they weren't exposed to Star Wars in the same way that you were?

The article doesn't get much better in the next paragraph:

And it was worse for super-fans. To us, the prequels were an insult.

Silver lining: it's nice to see that the top comment is someone telling the writer to grow-up. A big Star Wars fan who is fully aware that this is a fictional universe with fictional people that he is fully invested in. And he's telling the writer to grow-up for making those remarks. Even better, other people support this comment! Also nice to see. I'm so use to vitriol against the Prequels that to read a good argument is a breath of fresh air.

Look. This has nothing to do with whether or not you like the Prequels. I don't care if you do, or don't. I can fully admit that Episode 1 can hurt to sit through at times with the acting and wonky dialogue. But to outright dismiss them, and to not allow people a chance to enjoy their fandom is plain wrong. Example: I'm not into Adam Sandler movies. But I'm not going to berate people who like them. That's their fun thing to do. Rock on. You go have fun with them. And it doesn't matter if you started with Little Nicky or Pixels. You like his films, it makes you a fan.

Star Wars. Star Trek. Sci-Fi. Video Games. Comic Books. Tabletop. It doesn't matter what the nerdy thing is. There is a serious problem with nerds today in not accepting our fellow brethren. It's perfectly fine to dislike the Prequels. But it is never okay to diss on a nerd for liking them. So pull your head out of your ass and start acting like a human being. This sh*t is the reason why we can't have nice things.

To that end, don't hate on the people who like the upcoming movies (Episode 7-9). It doesn't matter if they're good, bad, or something in between. Let's just be f-ing fans and enjoy the fact that so many people like Star Wars! That it's finally okay to talk publicly about our love for Star Wars! That's an amazing thing - we couldn't do this a few years ago.

Enjoy fandom. Love fandom. And don't be a dick about it. Nerds have no room for dicks in the community. There are too many and we deal with them daily outside of our culture. Stop trying to be that guy or that girl. It's annoying and does nothing to elevate the fandom.
Email Post
Labels: disney episode 7 lucas lucasarts lucasfilm prequels star wars stop hating on the prequels