The Focus on Graphics 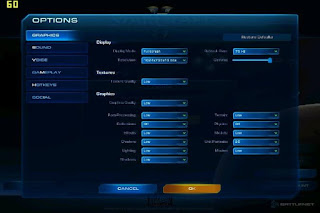 The question I pose is simple, with a very complicated response: Are video games too focused on quality graphics?

While I tend to think of this as a discussion about quality graphics over quality game play, story design, and character development, others think it's a question about graphics over frame rate. Such as a recent article from Inverse pointed out that today's games are still not reaching the frame rates that were promised when the PS4 and XBoxOne were released. 1080p. 60 FPS. That's a big deal for next gen gamers. This was an issue with the release of Assassin's Creed:Unity and Watch Dogs, games that looked really pretty and were initially promised to have a 60 FPS rate, but were released at 30.

But I'm more surprised at the number of articles I found focusing on the issue of frame rate over graphic quality. Versus graphic quality and storytelling.

Frame rates. Who know that would be the hot button topic.

If you don't understand why it's important, here's a quick break down. Frame rate is linked to the monitors refresh rate. The rate was standardized a while ago to be multiples of itself, 2, 4, 8, 16, etc. It's more effective to double the rate and animate two frames instead of one. Things look like they are moving faster at a higher frame rate, but they're really not. It just gives you a clearer image sooner. To note, we're talking about milliseconds here. It's 60 frames per second, which is a lot of frames. Films typically run at 24 frames per second, which matches about what our eyes can catch. The funny thing is that even with more frames, our eyes are only able to absorb in about 24-30 of those frames. So when a frame drops, we're more likely to notice it. With 60 frames, the chance of seeing those dropped frames is less likely, because again the frames were doubled.

FPS helps determine how smooth a game looks. While more frames is better, if your first 30 FPS are not solid, then the other frames are moot. It's better for a game to have a solid 30 FPS then a choppy 60 FPS. This can affect everything from motion blur, environment rendering, character details, etc.

So you would think that having a steady 30 FPS would be what gamers want, right? Well a number of them want the 60 FPS that we've been promised. We've spent years playing Call of Duty and Halo at 45 FPS and dropping lower then this is an odd adjustment for our eyes. If we've been promised 60 FPS, it should be delivered.

I don't know about you all, but I'd rather have a good story then fancy graphics. But maybe that's just me.
Email Post
Labels: 60 FPS vs 30 FPS fps frame rate the quality of video game graphics unity watch dogs