This is Why AssCreed Does Not Have Dragons - But Now I Really Want Them To! 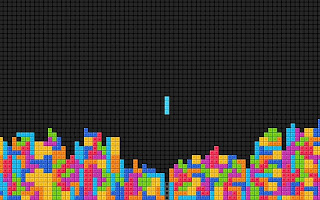 Kotaku writer Patricia Hernandez set out on a journey to debunk the myths surrounding game development. She reached out to companies and spoke with Cliffy B, the folks at Coffee Stain Studio (Goat Simulator), ArenaNet, and others, as well as took to Twitter to find out what are the biggest misconceptions about game development.

Having worked with a game retailer (yes I know this is not the same as game development, but when you communicate with publishers, you get the jist of the pressure they have to deal with) and a brother who works for a developer, you learn quickly how untrue many of the myths are. Such as all game developers are lazy. Well, no. If they were, they wouldn't still have their jobs. My brother has a 40 hour work week. During "crunch" cycles when the studio is in the final stages of testing new content before releasing it to the public (he works on MMO's) those hours can balloon up to 60 or 80 a week. It's just part of the process. When you have a deadline and things start breaking, you have to fix them, and it takes the entire team to correct it. Lazy isn't about the developer not adding a feature you really wanted to a game. It means that person isn't doing their job. At all. And again, if that were the case they would have been fired. It's a challenge to have a steady work/life balance when you are in the gaming business. Lazy is a luxury they don't have.

My other favorite myth is "Players always know what's best for a game." The problem is that gamers are so varied and want so many different things, it would be near impossible for them to come to a consensus. Not to mention, most of them have no idea about what it takes to develop a story, a script, dialogue, hell even basic screenwriting credentials. Writing for a video game is HARD. Why? Because you have to contend with an entire team of people who want to edit every word you have written. The story that is created for a game ends up being a mesh of multiple writers who developed each character. There are major plot points, and you have to flesh them out. Sometimes a studio will give you an entire script and ask you to re-write it. Or vice-versa, you finish a script and you have to re-write it. It's brutal. Take a lot of writing courses. Get a few degrees (no really, this helps because every school has a different writing style, I've found). And never stop writing. It's constant learning, and changing. An idea that worked yesterday may not be valid tomorrow.

While I love the idea of Assassin's Creed having dragons and monsters, and I so would have played it over whatever the heck was up with Unity, it's that type of thinking that could potentially destroy a game. In the world of AssCreed, there are no dragons. It wouldn't make sense. While we would LOVE to see it, the writers know that, that doesn't make the best story. They have spent decades training for this. They know what makes a better story then the average gamer. Trust them on that, okay?

Give the article a read. It provides some great insight by multiple game developers on what the business is really like.
Email Post
Labels: 10 myths about video game development assassin's creed dragons game developers are not lazy kotaku