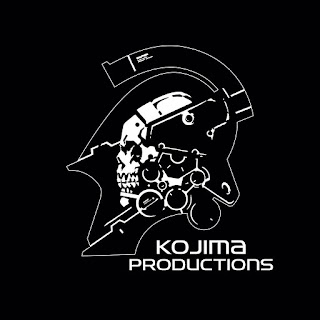 Is anyone else getting sick of Star Wars before the movie has had a chance to release to the public?

I know I am, and I love Star Wars. That says a lot when your fans are getting just as annoyed with all of the advertising and marketing tie-ins as everyone else. I thought the Pizza Hut boxes with Episode 1 characters were bad. Disney really needs to calm their tits and back off on the advertising. It's Star Wars. People are going to go. You don't need to smack us in the face with an ad every minute, or put out more Darth Vader crap like shower heads and coffee creamer. I can feel the desire to want to hate the movie simply from Star Wars inundating my life consistently with so much advertising. You can have too many ads.

On that note, this blog will be spoiler-free for The Force Awakens. You can safely come here for your gaming and geeky news without being disappointed by reviews and jackasses of the internet who decide to talk about the movie. A couple of my friends have already been hit on Facebook so now I'm avoiding that too like the plague. No social media until Friday. Which might be an issue since I need to monitor social media at work...I'm sure they'll understand.

So let's do a weekly link round-up today! It seems early, but there are a lot of random articles on the interwebs today that require exploring.


- Kojima's contract has expired! He is finally able to leave Konami and pursue other ventures! Yesterday it was announced that he'll be saddling up with Sony, with the first product released from the studio as an exclusive game only for the PS4. That'll sell a few more consoles. But expect it to be a while before the product is off the ground. The contract with Konami ended on December 15th and knowing Kojima's time-line for content, it'll probably be 4-5 years before we have a game release.

- Ahhh to live the life of a programmer and a developer! I don't want to. Making video games is a hard businesses, as this blog has mentioned time and again. Kotaku looks at 2 indie developers who showcased games at PAX Australia within a year of each other, both best friends, and only one saw success. Building your own video game can be an all-consuming process. Family and friends become a passing fad, and that's a scary thing to think about.

- I enjoy Letter's to the Editor when there's a discussion about a "hot button issue." It's interesting to read other points of view, and sometimes learn something new. This one for the Columbus Dispatch in Ohio is not one of them. Reader Simon Bee remarks on a story suggesting that violent video games should be banned, and has a 2 pronged response to it: First, many people play video games for an adrenaline rush and to 'lose themselves' in the game. Second, people play games to experience things that they can't in reality...such as causing violence. Even with the 200 word limit, this is a horrible response from a gamer on why it's okay to play violent video games. Someone needs to send this guy some James Paul Gee books and read up on why violent games are okay!

- The Pew Research Center recently released their study on gamers and who's playing said video games. No surprise here, over half of American's play some form of a video game almost daily. But we knew that already. The interesting stat are the ones who identify with themselves as gamers. Only 10% of the population believe they fit that category. This may have a lot to do with how video games are perceived. A number of people don't view mobile or family games like Mario Party and Quiplash as actual video games. While the perception is altering as we move forward, it's a pretty staggering difference in numbers between self-professed gamers and those playing video games.

- Kotaku listed their top gaming surprises of 2015. I mention this mostly because I appreciate the fact that one of the surprises was personal to the writer: he managed to finish Bloodborne. Good on him!

- "Developer Diversity Changes the Way Video Games are Made." Um...duh?! Engadget may need to rethink their titles; they're generally not very gripping and/or state the obvious. Which is sad because the article is composed well. It focuses on the changes in gaming over the past 10 years and how diversification in the market, and the rise of indie developers, have improved the culture.

- Another Op-Ed piece, this time on Nintendojo and the subject of Linkle - the female version of Legend of Zelda's Link. I'm still on the fence on how I want to feel about this character. A part of me is afraid that this is too much like the "Mister Man" trope, taking a male character and turning her female to sell more games. In that scenario she doesn't have her own identity, and we won't really know what her purpose is until the next game is released. A gender swap puts less value on the character. On the other hand, I appreciate the fact that Nintendo wants to add another female warrior to their line-up. Again, it'll depend on how Linkle is handled in the games. Go forth and debate!

- It wouldn't be a round-up without WhatCulture presenting another list. This time it's 9 Superhero Games that would have made MILLIONS if they were finished. I'm not so sure. Superhero games tend to be apathetic. With the exception of the Batman Arkham series, some of the most well-made superhero titles are from Lego and Marvel vs. Capcom. And the worse? Superman 64 and Aquaman. Doubtful that these cancelled projects would have made millions - more of the developers were cautiously aware that the stack was built against them and bailed out before it was too late.