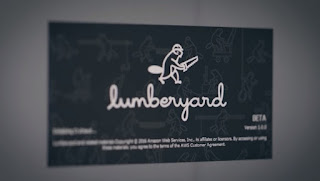 Lumberyard is up there on the "what the heck were they thinking" naming list along with Wii and Ouya. But Amazon is hoping to turn heads with the 3D engine they have developed and are offering absolutely free to anyone who wants it. The bold news was announced this week, as Amazon's growth into the gaming industry continues to move forward.


So who can use it? What does it do? What are the limits?

Lumberyard (it's still a silly name, but I understand what they were going for) is a cross-platform, 3D engine designed to be on the same level of the gaming engines that companies like EA and Ubisoft use. It's fully integrated into AWS Cloud storage and Twitch. With the capability to save and store your project anywhere, along with the ability to communicate with gamers as you build your product can give developers a unique opportunity in the way they build their games. Oh, and free, full source code. So indie kids, have fun with that! There are fees with AWS since storage space will vary from team to team, but you only pay for as much as you want.

The engine is available today for beta download to PC and consoles, with mobile and VR currently in development. And it sounds pretty darn incredible for indie devs. The platform for building is all there; you just need to figure out what you want your game to be. 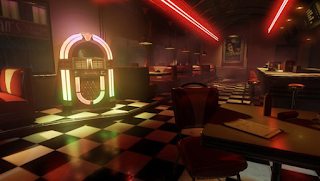 I'm sure your next question is "is it really going to be free to use, develop, and distribute games without paying Amazon?" Sort of. There are licensing notes to be aware of (because free is not always free), such as you can't take the Lumberyard source code and build your own engine, nor can you release the source code to anyone. What is built in Lumberyard stays in Lumberyard. But if you want to release you game on Steam, go for it. Amazon is hoping to build up the community and trust from developers by making their money off of AWS and any game releases to Amazon (where sellers give a portion of prophets to Amazon for listing the item).