Gaming Graphics - The Legacy of Greats! 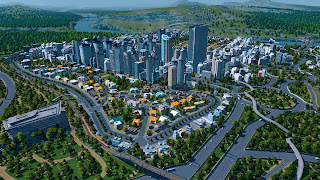 I feel that I have let you down, dear readers. In the Weekly Link Round Up yesterday, we didn't have a nod to WhatCulture, a staple at The Geek Spot. I'm fixing that today.

The gem of a list that's currently up on WhatCulture is the 10 Games That Forever Changed Video Game Graphics. It's clear that the writer put some thought into the list, but I think this was more of his personal choices, less about what advanced gaming. There are some unique choices, like Hang-On and Infinity Blade, but they are not the titles that come to mind when you think of "groundbreaking; changed visuals forever," games. Doom, Final Fantasy VII - absolutely. Those should be on the list, and luckily they were. There was a major shift in the industry on production after these titles released. But Super Mario World 2: Yoshi's Island? Not so much.

Inspired by the WhatCulture list, I've cobbled together my own directory of games that had that 'Earth-shattering' impact and altered game graphics forever. 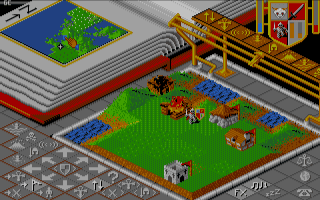 - Populous. For some of the younger gamers, you may not know this title, but for us who have been gaming since the 80's, Populous was the first God-game and changed how PC titles were designed. Created by Peter Molyneux (Fable), Populous set the rules of of play and design, offering an angled top-down look at the world. It allowed you to manage everything on the game well, and still gave you details you craved in seeing your buildings and the people come to life, leaps and bounds beyond anything PC gamers had experience (mostly text and Atari-like graphics). Without Populous we wouldn't have Sim City, Starcraft, League of Legends. It's amazing how so many of today's games, and even in different genres, still utilize the Populous look to convey details without depriving the style. 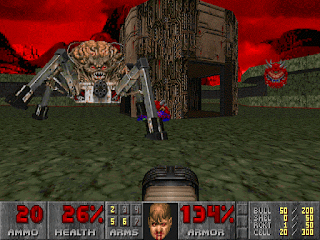 - Doom. All I need to say is that first person shooters would not be as visually appealing if Doom didn't happen. It's a fact. 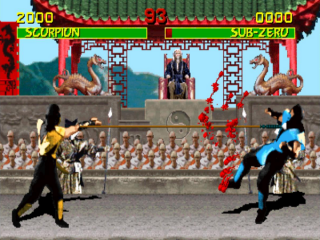 - Mortal Kombat. Say what you will about the graphics. Back then, they were stellar and unlike anything we had ever seen in a fighting game before. The only game to top it would be Virtua Fighter when the arena became a 3-D render in a 3-D space. With Mortal Kombat it provided a sense of realism we never saw with gaming until then. Street Fighter was there, but it always had a cartoonish look to it. MK...it looked like real people fighting. It was completely different from any game that was released on the Sega Genesis (soon after on the SNES but with less gore) and transformed the arcades into a popular hang-out once again. Fighting games were never the same after MK and continued to evolved with their graphics after the title was released. 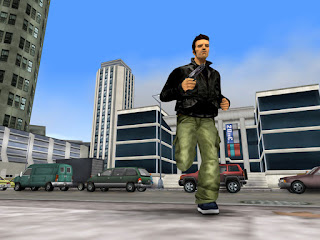 - Grand Theft Auto III. Did you know that GTA use to be a top-down PC game? It was like Pac-Man, but with a limited field of view and you could run over people in a car. GTA3 was the first foray into a 3-D realm and holy mother of pearl, everything with games changed after this title was released. Look at games before GTA3 and look at games after. It's incredible how one game completely transformed the landscape of graphics. It provided 3-D representation not just to the characters, but to the world itself, with buildings, vehicles, weapons, sand, dirt, plants - you name it. Everything was rendered to make the world feel lived in. Without the likes of GTA3, we wouldn't have a fraction of the games we see today. This title broke everyone out of the 2-D shell. 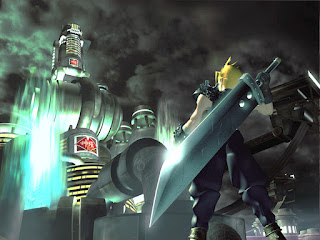 - Final Fantasy VII. By today's standards FF7 might look blocky (Cloud. Hold back on the steroids a bit). But when FF7 was released it was a visual masterpiece utilizing the power of the PlayStation while the console was still young. What makes FF7 stand out is the use of 3-D characters along multiple background types, flat, landscapes, painted, etc. And! the cutscenes. Cutscenes. Cutscenes. Cutscenes. Square was not new to cutscenes, but the manner that they handled them for FF7 set the template for all others to follow. They were designed and developed to look like mini-movies, providing action, drama, and everything in between to capture the ever building story of Cloud and his band of misfits. They were also visually stunning. Since then, games have upped the ante on providing cinematic quality to their cutscenes, such as Call of Duty, Mass Effect, and Gears of Wars. Without FF7, we wouldn't be inundated with so many pretty moving pictures. 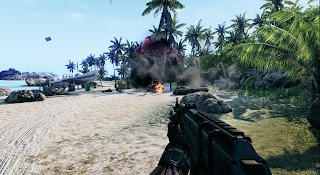 - Crysis. The game itself is just okay. But when it came to PC rigs, the only thing that mattered was being able to build up your system to play Crysis on full settings. This is the game that would burn every kilobyte your graphics card had to offer. It was a visual powerhouse utilizing the best of the best on the market to give you an orgy of colors, shading, and freckles. The shadows are jaw dropping gorgeous. How the heck can shadows be beautiful? Even long after the title's release, so many PC gamers would base their rigs off of being able to play Crysis. I remember Alienware and other computer manufacturers using Crysis as a litmus test. "Our PC can run Crysis on max settings for hours!" You know you have the market on graphics if you're the standard PC gamers want.


This isn't a definitive list, but they are titles that should be in the legacy of gaming greats when it comes to their visual prowess.
Email Post
Labels: best gaming graphics. video game visuals that changed gaming crysis doom final fantasy 7 grand theft auto 3 mortal kombat populous whatculture