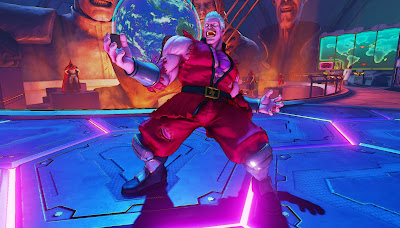 So remember when I posted the one good thing about Street Fighter V is that if you get disconnected during a match online, you're not penalized (with all of the server issues, it seemed like the one saving grace)? Capcom is changing that.

Starting this week, Capcom is going to take action against those who rage quit during a match. I.E., they are losing so they opt to disconnect and not have their ID penalized. There isn't a date for a permanent solution, nor are there details on what it may be, but if you are rage quitting on SFV this week, Capcom staff will be watching. They have also asked the community to help record matches and people rage quitting, uploading them to YouTube and Twitch to link back to Capcom directly. Bold move.

Of course the other concern is for the players that may be penalized for a true internet connection issue. What about them? Capcom's servers are still not the most stable thing to be on and making the distinction between "rage quitters" and those who have been booted from the game due to server issues, well it's needed. People shouldn't be penalized if they have legit connection issues. Until Capcom can guarantee a 100% stable internet environment on their end, they shouldn't implement the rage quit policy yet.

Matchmaking has also been tweaked since the game's release. While most of North America and Asia are normalized, there are still issues in Europe and the Middle East with this feature - sometimes not working at all. Capcom has stated that they are looking for a resolution, but did mention that wait times have been decreased in the lobby.