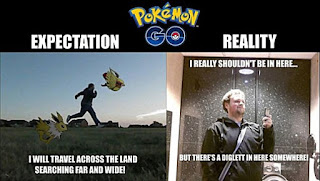 Rough week in the country, and it seems to want to continue a steady decline. I'm going to make a very brief comment before we move back to gaming news:

Can we stop killing each other, please?

If there is anything we can learn from the thousands of years of recorded human history, it's that violence has not solved a single damn thing. Only through peace, diplomacy, and respect have we been able to accomplish so much in this world. The internet would not exist without global cooperation.

Stop being dicks. Value life (human, animal, plant). And quit trying to kill each other!

And back to our regularly scheduled program. Weekly Link Round Up for gaming news:

- If you live in Germany then congrats! Today is National Video Games Day. DW.com has wrapped up 9 facts about games, include a study that concludes surgeons should play a minimum of 30 minutes a day to help with their hand-eye coordination, as it translates to the operating table. Interesting.

- Las Vegas casinos are now looking to incorporate more video games into gambling to draw in younger crowds. Not video poker, but more of an Angry Birds meets poker type of situation. In February, a law was passed that allowed for the introduction of more skill-based games in casinos. Not a series of slot machines that are based on random luck, but games that require you to be good at them in order to win the big prizes. It'll take a few years before we see these types of games on the floor, but it could open up a new realm of gambling for the gaming elite.

- YouTuber MatPat, known for his new series on YouTube Red, did something very unexpected: he gifted the Pope a code to download Undertale on Steam. There was a Vatican summit for YouTube creators this week, and he wanted to show how a game like Undertale could create a dynamic landscape for gaming without the need for violence. For those who don't know, you can win the game without hurting a single digital creature. It's also customary to give the Pope a gift or token when meeting him, so why not a game? MatPat's response to it is quite thoughtful.

- EuroGamer has posted a video in their series 'Low Batteries' which focuses on mental health issues and gaming. This particular episode, however, is a topic everyone can relate to: grief. How we handle it and how video games approach such a subject - please watch it today. Incredibly thoughtful and insightful.

- On the other end of the spectrum, WhatCulture has a new list for us: 10 Video Game Franchises Nobody Admits To Liking. The title image includes the likes of Duke Nukem, The Sims, and Call of Duty. Really? No one likes CoD? Then why are there so many people who still buy the games AND freely talk about their enjoyment of playing said games on the internet? The writer's #1 pick is World of Warcraft and blames the South Park episode 'Make Love Not Warcraft' as the reason why people don't admit to liking the game. Because that's exactly why no one went to see the Warcraft movie - South Park did it. (Insert eye roll here.)

What happened, WhatCulture? You keep going through these up and down phases, and this list is horrible. It's a slap in the face to the fans who show up looking for meaningless dribble and a laugh or two. This list is pure trash, even for your standards. I guess they'll be going on the "do not view" list for a while until they clean up their mess. Ugh.

- And finally, is it any surprise that Pokémon Go is one of the top downloads and most used apps this week? Well, it shouldn't. This has been a gaming 'must-have' since last year and now that it's in our hands, we all want to play! There are still a lot of issues to be addressed and downed servers, but it will get better. Eventually.
Email Post
Labels: casino games eurogamer gambling grief and gaming las vegas matpat mobile games mobile phones pokemon pokemon go the pope undertale weekly link round up what culture whatculture