Apple and Sony Presentations - The Run Down 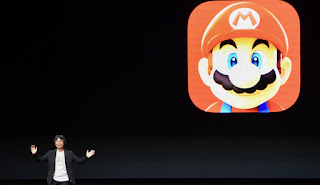 Yesterday, both Apple and Sony held press conferences announcing new tech line-ups for the upcoming year. Yes, we're talking about Apple too, as their introduction of digital devices will include games. The iPhone 7 and Apple Watch Series 2 will have first crack at Super Mario 2, heading to the Apple App store soon. But Sony was just as eager to show off the slim PS4 and the PS4 Pro. Here are some of the takeaways of yesterday's announcements:

- Mario is heading to iPhone and the Apple Watch. Nintendo is working with their mobile developer to create a game for the Apple Watch that will help track and monitor your steps, while allowing you to play Mario. Jumping will probably not be involved.

- The PlayStation 4 Pro will have double the GPU of the original PS4, will support 4k and HDR. It's set to release on November 10 for $399 USD. As you can imagine, some original PS4 owners are not quite happy about the system since it's a massive upgrade compared to their original PS4. But, an update next week will be pushed out to all PS4 systems for an HDR upgrade. You'll still have to buy an attachment, but the feature can be utilized.

- The iPhone 7 will not have a headset jack. It will have the ability to use bluetooth, which Apple claims will use less power then a headset. It also means more people are going to hold conversations and play music without a headset. Yippie. /sarcasm You can buy an attachment from Apple to create a headset jack, which of course Apple would do because it's more money for them.

- PS4 Pro titles such as Infinite Warfare and Mass Effect Andromeda showcased some content yesterday to share just how pretty 4k can be. Remember kids, your TV needs to be able to play it too otherwise it's all moot!

- The Apple Watch seems to be more focused on fitness while dialing back on it's other aspects. One of the major complaints of the Watch in the past has been that it did a little bit of everything, but didn't excel at one thing. Apple may be trying to change that, and including games to get people more motivated to exercise.

- Both NetFlix and YouTube are creating apps for the PS4 Pro to have streaming, 4k content available at the system's launch. Again, TV not included.