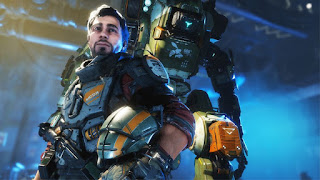 There are a ton of games on the market this season. And I don't mean one or two more. I said a ton and I mean a ton. From October to December of 2016 expect to see 50-70 more games on the market compared to last year. And I'm not including the VR games or indie/Steam titles. These are games from medium to large developers that have some form of A to AAA status. With so much content available, it can be a challenge for gamers to slog through it all. How can they play everything? It's not possible, even if your job is to review games for a living.

It shouldn't be a surprise that this season's titles are not fairing as well as expected on the market. I actually forgot that another Call of Duty game was released (but that was my bad - they ALWAYS release a game every Fall). There are too many big titles pushed this season that it's overwhelming for the staunch gamers like myself. And it would also explain why Titanfall 2 was being advertised frequently on The Game Awards. The odd one out this time is Assassin's Creed, opting to break their yearly cycle to develop a finished product that will be ready for next year. And that was a good call by Ubisoft. They don't have to worry about slogging it with the rest of the games for your money.

With Battlefield 1, Dishonored 2, Watch Dogs 2 (I'm still surprised that this got such a fast turn-around on release given how middle of the road players were with the first game), Gears of War 4, FIFA 17, Forza all out on the table, there were plenty of products for gamers to choose from. But we can't forget about the E3 titles and long-awaited games. Final Fantasy XV, The Last Guardian, ReCore, Civilization VI, Batman: Return to Arkham, The Witness: it's been a very heavy gaming season. A number of these titles could easily take 25-50 hours to complete the main story before you consider replay value with DLC and online matches.

And there are a string of games released earlier this year, and Grand Theft Auto V, that are still hitting the charts. Overwatch is still a hit title and has not slowed down, doubling it's user base in October. While GTA5 manages to keep it's users up to date with it's ever-evolving GTA Online. They added in 'Tron' lightcycles recently. It is awesome.

We could discuss about the quality of the games, or people waiting to buy them when prices drop. Maybe there's a growing backlash against pre-orders (finally). Or maybe after the folly of No Man's Sky consumers are withholding their money until game reviews are made public.

It could be all of these things and more. But let's not overlook the obvious: there are too many  games on the market and we don't have time to play them all. Pick and play at your own accord. Don't let the hype trains sweep you away. You are not going to be able to play all of this season's games before December 31st and that's okay. You can wait a few months and enjoy the game at your own pace. The marketing teams and the publishers should start looking at how they space out games if they don't want another repeat this season.
Email Post
Labels: call of duty dlc fall 2016 game releases fifa 17 final fantasy xv the last guardian the reasons games are not selling this season titanfall 2 too many games watch dogs 2