Is Now the Time for the Game Industry to Unionize? 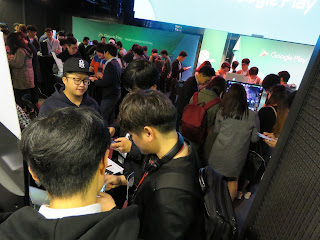 That's the opinion of the day from Katherina Cross, a PhD student in sociology, via a Gamasutra article. With the SAG-AFTRA strike still going, it's raising some questions about the industry as a whole. It's not as though we are unaware of how unnerving some of the working conditions can be for developers. The crunch times of 60-80 hour weeks, without any additional compensation. The low pay and hostile environment from overzealous managers. Fanboys and fangirls don't help much in the self-esteem department either as social media has taken over and made developers an easy target for their ire. Any little info that you post about a game that they don't agree with, you can expect a snide, hateful, sometimes violent comment in return.

That's true, and why you are seeing more independent games on the market and at gaming events. Developers are tired of that 'work, work, work, hate yourself, hate your life,' mindset. So they move to a smaller, start-up developer or create their own game. It is a big leap and doesn't lead to financial security, but being sane is much more important then bringing home an acceptable paycheck.

And right now there is no oversight on how gaming employees are treated. Which is nuts. For all the industry has done to regulate itself on a rating system so it didn't turn into a government-run program, they did a piss-poor job of taking care of their employees. How is it that studios in the states are able to get away without paying for overtime, covering certain benefits, or can allow for stress-enducing work conditions? (Since I don't know the employment/employee legal rulings in other countries, and it can easily vary from country to country or even province to province within a country, I'll be focusing on the U.S.)

It all depends on the state and the law. Technically, as a country, there is no overarching law requiring overtime pay. Recently the Overtime Pay mandate that was issued by President Obama, which would have been a relief to 10's of millions of workers who earn $35 grand a year or less, is currently being held up in court. Because politics. Depending on the state, the government either requires you to provide some type of compensation or none at all. That's an easy one for developers to work around. If the state requires it, they can pay you less. And after all these years, many newcomers now assume that overtime and crunch time are just part of the job as a developer. The industry has made it a mandatory expectation.

Benefits? Well it's simple there too. Prior to the Universal Healthcare Act (UHA), most employers were not required to provide any form of health care, life insurance, or "perks" to their employees. There are exceptions to this with certain industries such as construction and oil - sectors with unions that have fought for the safety of their employees. Even with the UHA, only companies with employees of 50 or more are required to get insurance. Smaller to mid-sized developers can easily stay under 50 hires to avoid the extra expense here.

But let's talk about the day to day environment as well. Hostility and fear can rule the roost if you have a manager that only wants their way and nothing less. The input for code monkeys and artists is typically non-existent with mid-sized to larger developers. The director has a "vision" and your job is to execute it even if you don't agree with it, or think it's not possible. Doesn't matter. Vision or you're out and there are plenty of other budding coders that will take your place and easily fall in line. And if you do try to argue with management, it's easy to be singled out and ostracized by the rest of the team. It sounds silly but this happens all the time. Not just in the gaming industry but every type of business. There are a number of articles outlining these issues and we have reached the point where everyone assumes it's okay. That's "just how it is." (Look: Here's a story from 1999 and the conditions have not improved!)

Why do people subject themselves to these conditions? It's the fantasy that they are making art, doing what they love, and will have a chance to move forward and BE the manager in future games.

So, union. Can the gaming industry make it happen? Now might be the best and worst time. Political climate aside, the industry is so stuck in it's proverbial rut that it will be a challenge for most to consider creating a union. As mentioned before, people assume that this type of behavior is part of the norm. 80 hour work weeks without extra pay. The added stress and pressure of finishing a game on a set date. The harassment of co-workers for not "being a team player." No health care or safety regulations.

I think it would be prudent for the industry to consider a union. The non-managers and managers alike need to look at protections and making their environment a place that is worth investing in. How that will happen, I have no idea. It's a huge hurdle to overcome to get enough people invested into building a union. Strikes and unions against large industries always come with a mix bad of results, and a lot of lost jobs. But if SAG-AFTRA is any indication, we could look at a strike from within the studios themselves for not providing better working conditions to the code monkeys.
Email Post
Labels: game developers sag-aftra video game voice actors video game working conditions voice actor strike