The Year of Streaming Games 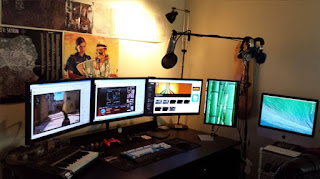 This year will probably be best known among gamers as the year of streaming. 2016 was a boon to gamers, and non-gamers, in how their content was consumed. When CBS announces that they are adding the NFL to their streaming app so you can watch games on the go, that's a big deal. Streaming is the thing, so is it any surprise that some people are dumping their TV sets and opting to watch their content online?

The Verge writer James Vincent followed through on such an experiment over the past few months, focusing on YouTube channels with gaming content. I don't know if he'll swear off TV forever, but he seems to be enjoying life no longer wired to a cable box and a set schedule (even in the land of DVR, if you don't watch something as it's released you will easily hit spoilers through social media). Since the days of Red vs. Blue and Keyboard Cat, internet videos have evolved into their own form of entertainment. RoosterTeeth and Penny Arcade have evolved into multi-media empires that focus on digital content for consumption. They now produce full-length movies and television series across multiple genres (animated, talk shows, podcasts, etc.) And it's good content! They all contain the production quality one would expect of a hit TV series or a nightly variety show similar to The Late Show. Is it a wonder that more people are switching online?

Video games have really blossomed this year in streaming content and original programming. I find myself watching less television and moving more to the digital realm. Maybe it's for the better. TV has been a vapid wasteland for me. Aside from Game of Thrones and The Walking Dead, nothing excites me when I turn on the television. I may give up on it entirely, order HBO Go, and be done with it. But with YouTube, Twitch, and PlayStation, there is something new, creative, and enlightening about the experience. I'm curious to see what 2017 will bring from old and new YouTubers.
Email Post
Labels: playstation streaming games streaming video games twich twitch stream xobox youtube