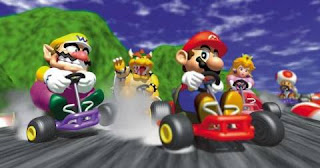 Tiny hands, orange tan man (hey, if he's going to mock people and not apologize for it, then he is fair game) started off his regime in the U.S. to get the country out of the Trans-Pacific Partnership (TPP). It's very "Brexit"-esque because he's a stupid, stupid thing. He's not worthy of being called a human because humans at least show SOME form of compassion for their fellow men and women.

Politics aside, this can have some lasting effects for gamers. The TPP is comprised of a group of 12 nations that border the Pacific Ocean that make up 40% of the world's economy. The pact was to help boost international relations by cutting taxes and tariffs while fostering economic growth to countries in need (Vietnam, Brunei, etc.). Taxes we would have paid on imported items from Malaysia or Japan were reduced or removed entirely so that our country could benefit from the overseas trade.

With the request out there to remove us from TPP, we could see trade taxes and tariffs rise anywhere from 5% to 10%. And it's likely that this will go across the board for all goods being imported into the U.S. While some people believe that it will help make more jobs accessible in the US, it will also raise the price on...everything. Producing goods in the US is not cheap. We have minimum wage laws, OSHA, and legalities that drive up the cost of goods and services. That's one of the reasons why companies have outsourced overseas where laws are different, goods are cheaper, and they can be imported to the U.S. at a fraction of the cost. 98% of clothing sold in the U.S. is made in another country - that's why your $5 shirt at Wal-Mart is $5. If a tariff is imposed on imported goods at a higher rate, we're all going to have to pay for it.

Since one of our trade partners is Japan, that means we could see additional taxes on Nintendo and Sony products made overseas (Nintendo Switch, anyone? 10% of $299 is an additional $29.90 to the cost before you add in state and local taxes). A spokesman for the ESA is looking into the issue but don't have any information to provide at this time concerning how the industry will handle it. Because virtually every game uses some form of foreign work, whether it's graphics, design, building, or making the physical discs.