Voice Actors Still Without A Resolution 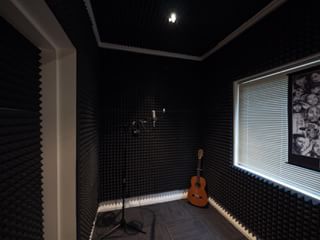 Friendly reminder: the SAG-AFTRA strike with video game voice actors is still going on. It's currently the second-longest strike for SAG, now at 96 days and counting with no end in sight. Residuals is still the key issue that is being brought to the table as SAG leaders and several prominent game studios work out a resolution.

As mentioned in a previous blog post, gamers won't see an immediate change to their games. Games that were in production after February of 2015 will be affected by the strike. Which means 2-3 years down the road with the next Call of Duty game, you might hear a lot of new, independent voices and not Nolan North in everything.

But the strike goes on. The gaming companies involved are not willing to negotiate beyond their initial response of a pay increase. No residuals.

Honestly my biggest thing if I were a voice actor is being kept out of the dark as to what game I'm working on. If it's Assassin's Creed, that gives me a better idea of what I'm working towards. I could be more motivated to provide a better performance versus "you're a woman who's a secret assassin and you're trying to blend in after taking down a target." While descriptive, it's still fairly vague and could easily be transplanted into multiple games (Mass Effect, Call of Duty: Modern Warfare, The Sims-because this could be a legitimate job option in the game). Knowing the context and framework helps. And if your game designers have to sign NDA's to prevent leaks, voice actors can do the same. Think of how many people are still surprised by 'The Simpsons', 'South Park', and 'Star Wars: The Clone Wars' with every new episode.

Unless there is a resolution soon, both sides are sticking to their positions and not budging. This will be a long strike.
Email Post
Labels: assassin's creed call of duty sag strike sag-aftra video game companies video game voice actors voice actor strike voice actors