Mods to Earn Points for Payment on Nexus Mods in 2018 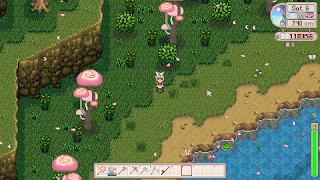 Nexus Mods, the largest gaming mod website, will be rolling out a new donation system and storefront in 2018 to help pay the modders that provide content to their website. While it's not one that should supplement income, the method will allow modders to reap some benefits for their work.

Every month Nexus will provide $5,000-$10,000 USD to a donation pool from their advertising revenue. Users can put in their own funds as well to help the pool grow. The money will be split up based on Donation Points. Modders will receive points based on the number of downloads of their content each month. The Points can then be used in Nexus Mods' store. It'll offer PayPal donations, Amazon gift cards, and eventually modder specific items such as other games, the Humble Bundle, and software. They will also offer the ability for modders to use their Points for a charity instead.

The downside is that it is still a popularity contest of sorts. The people with the highest downloads will get more Points. Unfortunately from Nexus Mods' position there isn't a fairer system available. Open voting could lead to people with the higher friend count to have the best ranking when they may only have 1 or 2 mods available with low responses. The people with the better mods and higher downloads should receive more rewards for their hard work. Points will accumulate month to month and you have to opt-in to the program.

Based on the comments, it is a tenuous issue. Some modders are on board. Others are not. If they have any knowledge of the fan fiction history, they may be concerned about publishers coming after them for royalties on the mods. But then we have examples from Steam where they have payable mods and the repercussions have been low. Many of the games on Nexus Mods has always had an open modding community that has been supported by the developers - see Bethesda. Whether you agree or not that modders should receive some form of payment, this will be an interesting system to see roll out next year.
Email Post
Labels: modder modding community modding games nexus mods nexus mods to pay modders