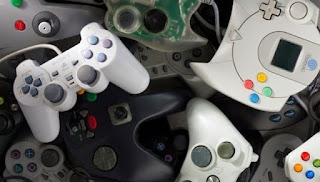 2017 has been quite the year for gaming. From Loot Boxes to the Nintendo Switch, it's been a busy time to be a gamer. But with all of the changes and excitement of 2017, now is the best time to look forward and see what 2018 will bring us. Not only in new games.

If there is one thing that will certainty carry over to next year, it would be the Loot Box controversy. Star Wars: Battlefront II and EA are still reeling from the fallout. You can be certain that many gamers and developers will continue to discuss how future games implement microtransactions. The pay-to-win model on a AAA title is no longer acceptable. We're all ready for a change. Maybe 2018 will usher in some more sanity back to the publishers to create a system that is fair for gamers without hurting the company's bottom line.

2018 could also easily turn into the year of eSports. As the medium continues to gain popularity, and larger groups such as the Overwatch League start their season, you can bet more people will tune in. The latest stats from Statista show that eSports will be worth $1.5 billion by 2020. 2018 will have to have a strong start for eSports to take off.

I also think that VR will become much more mainstream for gaming. The past few years it's been on the outskirts. A cool piece of technology but not fully integrated into our gaming habits. Next year we should see more price drops, and more AAA developers pushing out games to VR (Bethesda's Fallout 4 and Skyrim have finally made it after years of trailers). Which means more accessibility for us.

And let's not forget about AR, Augmented Reality. Niantic, Pokémon Go, will be releasing a Harry Potter AR game for mobile phones in 2018. If it's even pulls half as many users as Go, it will push more mobile games to try to think outside of the screen. Games are evolving to provide more interaction. Whether it's through Twitch, chat boxes, or catching Pokémon in the park, human contact is becoming a necessity in today's games. So expect more of those to change up the mobile game landscape.

2018 is shaping up to be another interesting year for gaming!