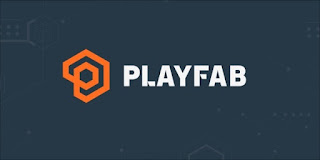 Recently Microsoft acquired PlayFab, a deluge of services that help build, launch, and grow cloud-based games. Digital gaming is a growing field, and with the "always on" mentality of gamers, it's necessary that console makers like Microsoft stay at the head of the game to provide that content.

The purchase amount was not disclosed, but the new venture will merge in quite well with their Azure platform."PlayFab’s backend services reduce the barriers to launch for game developers, offering both large and small studios cost-effective development solutions that scale with their games and help them engage, retain and monetize players." As noted on their official blog, PlayFab will give developers of all sizes what they need to produce their game, and keep a core contingent of players ready to try it out.

PlayFab currently hosts 1,200 games with over 70 million players. They process over 1.5 billion transactions a day. That is some serious money that I'm sure Microsoft is all too happy to be a part of now! Given the changing game environment, having a fluid system like PlayFab is a benefit to both developers and gamers. Developers are able to tweak and update games on the fly and gamers can test content out immediately. While the details are not known how this all works, it has been working for the games that are still live on PlayFab today. Hopefully Microsoft makes the entry fees affordable for small developers.
Email Post
Labels: azure cloud based gaming cloud gaming microsoft microsoft acquires playfab playfab