Updates from The Geek Spot 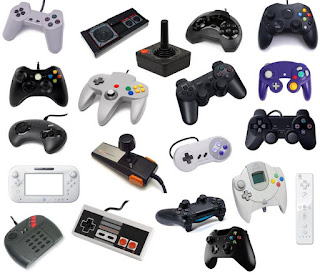 Unfortunately I've been having a difficult time sourcing a story for today's post. So much of the content about video games over the last 24 hours has circled around "violent games are destroying the youth" and news that we've already discussed. I'll make the response to the video game violence inquiries really simple: violent games are not the reason for the rise in mass shootings in the U.S. These same games are available in virtually all first world, and a good number of second and third world, countries and they don't have the same problems we do. It's not the games fault. It's not movies. Or television. Or books. Or theater. It's us. We're the problem. Not games.

Today's post will be short, but I wanted to talk about some future updates with The Geek Spot.

For starters, I've had to put the comment moderation system back in place. Sorry folks. But some people are abusing the open comments again, and it's not the spam bots. While I'm all for discussion, you need to be an adult about it. Name calling and verbal abuse is not allowed here. Until the comments are cleaned up, moderation will stay.

Next, there will be some minor visual tweaks to the blog. Updated banner, logos, etc. Nothing major that will require you to adjust your eyes, but hopefully these will be welcomed improvements.

Finally, you may see the posting schedule drop off just a bit. The 5-day posts may fall to 3-4 days every few weeks. This is due to my personal and IRL work schedule having taken over the majority of my waking hours that I haven't been able to produce quality posts on a level that I want them to be. For the most part, you will still see posts 5 days a week. But once in a while if you see them drop to 3-4. Don't panic. All is well. I'd rather take my time to craft the posts then to rush out content asap.
Email Post
Labels: blog updates geek spot updates the geek spot violent video games