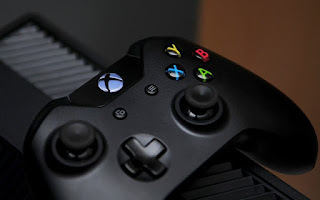 It's that time again! News has been slow this week, but that doesn't mean we will shirk our duty to provide a Weekly Link Round Up! A listing of the best, worst, and wierdest gaming news on the internet...this week! Here's what we've got:

- Let's get this out of the way. The "video game violence" debate is back on again. But this time we seem to have quite a growing number of comrades in journalism. Here's one from the Washington Post about how video game violence is not a thing - other countries buy games and people own guns, and their gun death rates are low. The Guardian is telling politicians to not be dumb about it; there's no connection. Psychologists and university professors are saying that video game violence equates to real world violence is nuts. Polygon reminds us that it's 2018 and yes, politicians are still trying to blame our problems on the video games instead of being adults. And here's a reminder that former conservative supreme court justice Antonin Scalia, supported video games right to free speech and that violent games didn't have an impact. Okay. There's your wrap-up of the biggest topic of the week. Moving on!

- Loot Box law is starting to catch fire in the U.S. as another state looks to creating their own terms and conditions on video game monitization. Senator Maggie Hassan of New Hampshire is now on board, and has sent a letter to the ESRB asking them to address their rating system to include loot boxes. If the ESRB doesn't take a hard look at loot boxes soon, they're going to have their ratings board quickly taken over by the government - something none of us want a repeat of.

- The D.I.C.E. award winners have been announced, and yeah, you know how this goes. Unless you're a member, your game won't be nominated. So a lot of good contenders for 2017 will have never made it onto the ballet. But if this is your kind of thing and you're interested in seeing the results, the award show will be made available on YouTube.

- If you're in that 25-35 age range, you probably remember reading Scholastic in school while growing up. The kid-friendly learning magazine is still around and has launched a new brand called AFK. The name will tie in all of the gaming-related products that Scholastic currently licenses, including Five Nights at Freddy's and World of Warcraft. They will be taking the content they current have stories for and re-branding them to entice kids to read when they are offline. Who knew that the magazine that once gave us animal facts now writes WoW books?

- No Round Up is complete without a list from WhatCulture. This time it's 10 video games that should have ended differently. If you think that this list will revolve mostly around the stories of the games, you'd be wrong. It's mostly about end-mission mechanics. Such as Grand Theft Auto III being a pain in the ass gun fight, and not an extreme car chase (one of the highlights of the game). Or changing how the boss fight worked for Assassin's Creed. The tweaks would be nice, but the game's outcomes are still the same. The story didn't change. The characters wouldn't be affected by the combat swaps. Once again, good effort, but not quite right.
Email Post
Labels: loot boxes microtransactions scholastic video game violence violent video games weekly link round up whatculture