A New College Football Game That's Not From EA? 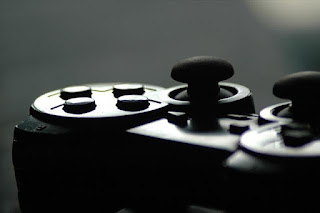 iMackulate Vision Gaming (IMV Gaming) is making headlines this morning, announcing that they will be releasing a U.S. college football game in 2020. Gridiron Champions would be the first collegiate game on the market since 2014. After the lawsuit against EA and the NCAA for using the likeness of players within the games to help sell the products, the market has been dry for any college-related gaming content (which use to be a big area that EA held as the go-to leader). The result of the lawsuit was in favor of Ed O’Bannon (college athlete) and other players with EA opting to resolve the issue outside of the court - that EA and the NCAA knowingly used the images of current student athletes along with their heights, weights, stats, teams, and jersey numbers in the game without directly spelling out their name. It should be noted in court proceedings that EA wanted to use athlete's names and were willing to pay for it to the players directly, but the NCAA has a longstanding tradition of being less-than-willing to give athletes any type of monetary compensation.

The result of the lawsuit has kept the market free of college-related games - not by law but by happenstance. No one wants to try and bring up the issue with the NCAA again, and they seem equally as reluctant to start anew.

Which is where IMV Gaming comes in. Legally speaking, IMV does not to get the NCAA's permission to make a U.S. college football game as long as they use default avatars for players that are not meant to resemble any current student athlete. If IMV wants to incorporate a real college or university, they need to get the school's permission and pay a licensing fee. As long as they keep the content fairly generic, no harm. What is capturing people's attentions is that Gridiron Champions is promoting itself with having a robust player creation. Legally speaking, there is nothing wrong with this. If a gamer decides he wants to recreate the 1996 Dallas Cowboys team in the game, they could. As long as the base game doesn't ship with the Cowboys (assuming IMV doesn't get permission to use their likeness and names), all is well. What a player does with the game is not on the developer's hands.

Why isn't EA doing this since they don't have any court order barring them from making college-related sports games? EA has held the top spot in the market because they offered the most realistic experience for gamers, including having athletes that looked just like the current stars. Taking away that aspect is against the EA mantra for their sports titles. We need a new developer to step in and pick up the reigns.

Or we need the NCAA to stop thinking that it's still 1920 and realize that it's okay to pay student athletes to use their likeness in games - a fee that EA would pay, not the NCAA, that would amount to a few thousand dollars. Money that could be used for their education, or for food, or for the dozens of other things that humans need to live.