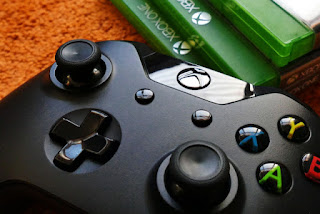 Who's ready for the weekend? I know I am. It's been a long week, which will mean a super short weekend. But hey! It's still a weekend. Let's get into the Weekly Link Round Up. A collection of the best, worst, and weirdest gaming news on the internet this week. Here's what we've got:

- What are some of the flaws with today's modern video games? This question was tackled on Quora by David Fried, a designer who's worked with Blizzard and Ubisoft, and his answers shouldn't be surprising. Loot boxes, unnecessary DLC, and season passes. My favorite is his first answer: delayed game play due to excessive cut-scenes and sequences. Pick up any console or PC (non-flash/non-browser) game and see how long it takes you to control the character from the moment you hit the "play" button the home menu. It's probably 5-10 minutes of waiting. Wasted time as scenes play through before you experience what the game is all about. It's frustrating and, in some cases, kind of dumb. You paid more to watch a flashy movie in your home. Yea. Honorable mentions from Fried included squeals (the Hollywood trend continues) and quicktime events. He makes a lot of good points about why some of today's games still have a ways to go in development.

- Want to know what some of the best LGBTQ games are? The Advocate ranks their top 15 favorites. And a lot of these are worth checking out - regardless of your sexual orientation. They're fun/good games worth a play.

- More news about The Division movie, with the director of 'Deadpool 2' signing on to helm the production. At this rate with the success of video game movies, who knows what will happen. If DPool 2 turns out as well as the first film, maybe David Leitch will finally give us a video game adaptation from an American film company that won't suck?

- ESPN reports that the University of California at Berkley is going to convert one of their undergraduate residence community facilities into an eSports-like venue. Berkley won't be the first to do this, as others such as UC Irvine and University of Utah has built dedicated space for their student eSports athletes. But it is showing a growing trend that eSports isn't a passing fad. It is here and it will stay. Berkley isn't building an eSports arena just yet; focusing more on creating a space for multiple teams and game types to allow for better interaction among students. The building is being sponsored by the Overwatch League team “San Francisco Shock” and NRG Esports.

-  Marvel is throwing out the idea of further connecting the movies and their universe with video games. Have they done it in the past? No. Are there any current projects that would tie in with the movie franchise? No. So take that comment from Marvel however you'd like. There's no point in dressing it up when it may result in nothing.

- If you haven't seen this yet, here is the weirdest/silliest story of the week: a teenager in North Carolina continued to play Fortnite while his town was hit with a tornado. The roof of his home was shaking and starting to tear apart, and yet he continued to play. Eventually he, along with his sister and her child, found shelter in the bathroom. But Fortnite took precedence over a tornado. At some point, the game is not more important than you life. Just saying.
Email Post
Labels: espn esports lgbtq marvel marvel universe the division movie the flaws of modern video games tornado university of california at berkley weekly link round up