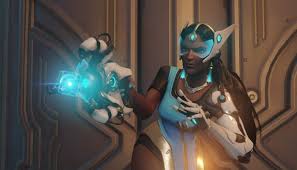 This is an unofficial "Part Duex" to Monday's post about how to make eSports more inviting to everyone. One of the comments on the original Kotaku article, which has sadly since been deleted, remarked that the reason there weren't enough women in eSports is because they only play support jobs.

As if support jobs are not important - say those who have clearly never cared about their healers, defenders, or bards. More than likely these people who are against support characters have never played those jobs thinking they are too "easy" and not worth their time. But auto-attacking on warrior or monk? That's a real challenge.

I've been a life-long support role in games. It's a job one does not take lightly. While it's great knowing you have the power of death in your hands, it's also a sacred responsibility. You may think this is all in jest, but it is no laughing matter. One has to be willing to wear the mantle of the support role. Keeping the team alive while they are scattered across the map, or maintaining an effective XP chain when the DPS are insistent on aggroging everything in sight, is no easy task. If your tank dies, the whole team dies. If you can't keep the XP flowing at a steady pace, you won't level at a reasonable rate.

Support roles require multitasking to an odd degree. Depending on the game, your job may require to be a pocket healer, damage mage, attacker, enemy debuff-er, or all of the above at the same time. Or if you are a cleric/healer, your job is to keep everyone alive. Which "sounds" easy enough, until you realize what that entails: managing your MP pool so you don't run out of mana. Not pulling aggro/hate from your heals. Balancing regen/refresh to party members without overhealing them (thus wasting mana). And still being expected to use DOT (damage over time) and magic attacks at the enemy.


Support roles exist to maintain balance in the game, and to, you know, provide support to a team. A group can't consist of only tanks and melee - if they expect to survive an encounter. Healers. Bards. Red Mages. These jobs ensure your party lives to fight another day. You need them as much as we need you. Don't believe me? Next time you run a raid in World of Warcraft, go in without any support. See what happens. And not an easy raid that you are overleveled for. One that's at your level and skill.

Being a support job is not easy. It never has been. It requires a different set of skills and stamina that you may not be accustomed to. And that's okay! But before you start bashing your healers and bards, maybe try their job for a few days and see how it's like. The short queue times are great, but you'll see why so few are willing to take up the task.

Thank your support jobs. Respect them. Throw them a commendation every now and then. They have earned it.
Email Post
Labels: bard healers mmo ranger secondary role support roles support roles in games video games