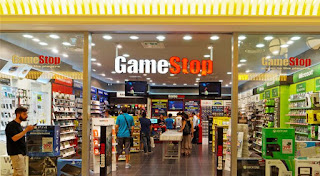 GameStop has decided to sell it's mobile business venture to Prime Communications, L.P., according to a press release. Prime will be inheriting Spring Mobile, which operates over 1,200 AT&T wireless stores. The deal will net GameStop $700 million, and it's expected to close by early next year. The hope is that the offer will infuse cash back into GameStop's expanding debt, and possibly re-invest into video game and collectable sales.

I remember when the company first announced that they would start accepting cell phones and Zune's as trade in items for cash towards games. I thought it was a horrible concept (and it quickly fell apart with the Zune). Only for the business to decide to invest in mobile retailers.

The one thing GameStop has always been good at is trying to bring new content into the stores that had little, or no, affiliation with games. "Hey, this is cool so let's do this." In doing so, it soured the brand name. No longer was it GameStop, but "here are a bunch of random things squished together that we think are neat" store. The company lost it's way a while ago. With the constant changes of the board of directors and management, investors have been pushing the company to offload secondary businesses, like Spring Mobile, to get the company back on track. And this latest sale helped their stocks grow. Maybe this is a sign to the powers that be at GameStop that they need to stop trying to be "everything nerdy" and go back to the basics: be good at selling video games. With no update on their potential sale, GameStop is on it's own to dig itself out.