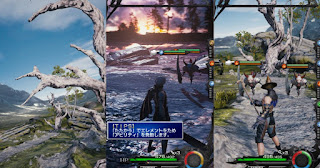 The government crackdown on loot boxes has begun.

Belgium has passed a new law that could fine a person or business up to €800,000 ($910,000 USD) and 5 years of prison time for selling a product that includes a "game of chance." SquareEnix has decided to pull 3 of it's games to help curb the pressure of fines and future litigation. Mobius Final Fantasy, Kingdom Hearts Union X and Dissidia Final Fantasy Opera Omnia will be removed starting November 30th.

Earlier this year Belgium conducted a study to look further into the concern with loot boxes, and singled out several titles that fell into their "game of chance" rules. Since the ruling, several developers have already removed monetary items or store purchases from games released in Belgium, such as Guild Wars 2. This allows the game to still be bought and played, but no after-market additional costs.

In the case of SquareEnix, the three mobile games are not worth the time investment to alter them to fit with Belgium's law. It's better to cut their losses and focus on promoting the titles in other markets.
Email Post
Labels: belgium freemium loot box law loot boxes mobile games square enix squareenix