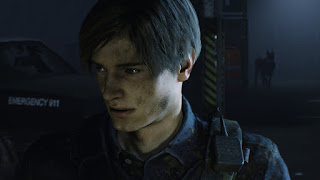 It's that time again! Where we peruse the internet to find the best, worst, and weirdest gaming news of the week. It's the Weekly Link Round Up! What's up on the web of tubes this week?

- An "amusement tax" in Chicago is about to be applied to the Sony PlayStation Network for residents of the city. The tax was applied to streaming services like Netflix and Hulu in 2015. The tax law is pretty ridiculous. Essentially it taxes residents for having fun, and can be applied to sporting events, movies, concerts, and theater. In 2015 the city was sued for tacking on streaming services, but it hasn't stopped the city from continuing it's weird rule. The 9% tax will hit gamers on November 14. Sorry Chicagoians.

- If you need your daily reminder that video games are still the most popular form of entertainment today, beating out blockbuster movies, Entrepreneur has you covered. It even spells it out in the title! How convenient. There's even a quaint chart comparing the first 3 days of release for the top selling games of 2018 (yes it includes GTA5) and the first week of recent, top grossing films. So, rub that into the faces of the naysayers that suggest gaming is a fad.

- The Wall Street Journal tackles the task of trying to wade through the sludge of video game streaming on demand. This is going to be the next big thing, and no one company has found the winning formula yet. But when they do, it's going to change gaming. Particularly as the market becomes more mobile and wants a near-instant connection to their platform of choice. This is a long read, but well worth the time. TWSJ manages to break down some of the complicated aspects into a digestible format.

-  JPMorgan is luring away top talent from gaming studios to add programmers to their team to continue building out their services. Not to make video games, but to improve their infrastructure. And as they remarked at a financial conference co-president and consumer banking chief at JPMorgan Gordon Smith, said they have "had no problems attracting that talent at all. It's actually been very exciting."It probably has to do with the job security, better salary, better benefits, and more reasonable work hours. Crazy, right? (/sarcasm)

- Gameranx has a list of 10 video games you will no longer find online to be able to play, for one reason or another. Some of these games are MMO's that have been killed by their developers. Others are demos of games that will never see the light of day (PT, we're looking at you). And the rest are silly. But it's a list. Lists can be fun, and at least this one had some thought put into it.

- How do you play long video games when you don't have the time? This is a struggle that every gamer must handle, particularly as we get older and have to do more adult things, like hold down a job, manage bills, do household chores, etc. A 50 hour game is a lot to handle and for some of us, not feasible to finish in a few weeks. A few months, maybe. This article by Keza MacDonald via Kotaku provides some thoughtful consideration on how to manage longer games when time isn't on your side.

- Take-Two Interactive and Rockstar have been increasing their response and legal rights to combat video game exploits in their games; Grand Theft Auto V specifically. Within the past few months at least 5 lawsuits in the US, Europe, and Australia have taken place to stop cheaters. One Australian man has had all of his assets frozen and his residence searched. There is a lot on the line for these cheaters, with the potential to make money from selling their exploit. And for Rockstar as well, as they could get a piece of those earnings, and maintain their current user base. Read the full story at The New York Times website.

- We can't end a Round Up without a WhatCulture list. This time it's 10 games that prove that 2010 was the best year in gaming. Unfortunately, not many good games are listed. Halo: Reach and Pokémon HeartGold /SoulSilver are on this disaster-piece, arguably two of the worst games for their franchises. And then there's God of War III, one of the most overrated games of the PS3 era that lacked the strength the past two games presented. They also had the gall to list Super Mario Galaxy 2, which pales in comparison to it's predecessor. This list sucks and should not have been made. WhatCulture, go home. You're drunk again.
Email Post
Labels: 10 games you'll no longer find online 2010 year of video games amusement tax fortnite gta5 how to play long games jpmorgan rockstar video game streaming weekly link round up