No You Can't Play Fortnite On Jailbroken Systems 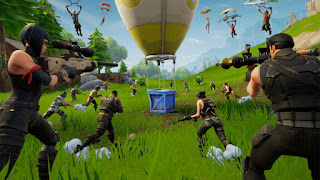 The saga of DeAndre Cortez Way, aka Soulja Boy, continues as he attempts to leave his mark on the gaming industry in every illegal way imaginable. Speaking with Complex’s Everyday Struggle, the rapper announced that Fortnite would be on his new console. The panel of Everyday Struggle asked Soulja Boy how he was able to get away with the scheme, to which he took offense and stated that all of the games were legally licensed. Sure they were.

Sadly it's no surprise that he's going to continue with this charade and find a way to make Fortnite happen. Epic Games consent won't matter. Until they sue.

Soulja Boy eventually removed the Nintendo knock-off machines from his website after threats of a lawsuit, but that hasn't stopped him from adding rip-off PlayStation Vitas. Unfortunately his store site is down, which Soulja Boy claims was hacked by a former cameraman. So if you really want his gear, you can find it cheaper on Amazon and Aliexpress.

DuelShockers reached out to Epic Games for comments. Senior PR Manager Nick Chester responded with the simplest, and direct answer: “No, you can’t play Fortnite on a rooted or jailbroken device due to anti-cheat measures.”

Aka, don't try it, Way. You're not going to win that fight.