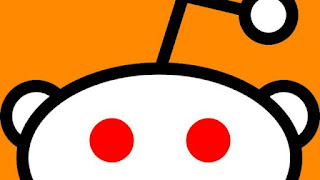 As mentioned yesterday and in past April 1st posts, The Geek Spot does not celebrate April Fools day. It's barely acknowledged. Unless someone or something happens that might be for the good of the community. In this case, the moderators on the r/Games subreddit shut down the community for the day to highlight a very important issue in gaming: hate-filled comments posted on the internet.

If any of the 1.7 million users of the subreddit logged in yesterday, they would have found a closed forum with a message from the moderators. One that should be read in it's entirety.

At r/Games, our community is becoming increasingly responsible for perpetuating a significant amount of these combative and derogatory schools of thought. We remove those comments, we ban the perpetrators, but the issue still persists at a fundamental level: the notion that it’s okay or acceptable to ridicule and demonize traditionally disenfranchised and marginalized members in the gaming community. This is not just an issue in r/Games or on Reddit alone; this is an issue deeply embedded in the ranging depths of the internet, frequently in communities that center around the discussion of games.


The moderators compiled an album of the content they see and have to edit/delete/ban users for daily. If you thought 4chan was bad, a quick glance at the album will have you recoiling in disgust. Yes, people are posting these things in public spaces because they feel entitled to, without any repercussions due to anonymity. I get these messages often on The Geek Spot and through private messages on my public social media feeds. There isn't a week that goes by where I'm not blocking and reporting users for the appalling content I'm subjected to simply for being a woman on the internet who likes video games.

Whether it’s misogyny, transphobia, homophobia, racism or a host of other discriminatory practices, now is the time to stymie the flow of regressive ideas and prevent them from ever becoming the norm.


The post continues by thanking the community members who do speak out against the hate and vitriol. The subreddit also posts several organizations and charities to help promote inclusion in the gaming community, with links to good causes for the LGBTQ community, POC, women, and children's charities.


Later in the day, a meta thread appeared to address questions about the original post. And the moderators are being direct with their responses. "Why bring politics into /r/Games?
Asking people to be nicer to each other and engage with respect and dignity is not politics, it’s human decency." They are tired of the madness like everyone else.

The point of closing down the subreddit wasn't intended as a joke. It was taking a serious look at the problems within the gaming community and telling it how it is: Stop being horrible and do better. It really is that easy. Hopefully some of the community members will listen.
Email Post
Labels: april fools be better bigotry games subreddit games subreddit closes down hate in gaming misogyny in gaming racism in gaming reddit sexism in gaming