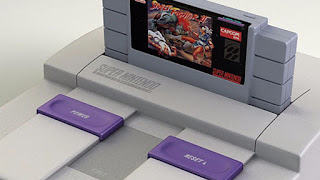 There is a notable saying in Hollywood that few of you may know: Don't mess with the mouse. Mickey Mouse that is. Disney is a powerful entity in today's entertainment landscape, but even before they bought up movie studios and various media outlets, Walt Disney had a firm grip on the Mickey brand. How the mouse speaks, acts, reacts, where he appears - Mickey's image is tightly controlled. Those who attempt to use the Mouse outside of Disney's parameters (or worse, without their permission) were subjected to legal woes that could be considered borderline absurd. It's the Disney way.

Nintendo is exhibiting the same traits.

In 2018, Nintendo went on a lawsuit-happy spree by requesting take-downs of NES, SNES, and any Nintendo-related emulators. This continued with Pokémon fan communities that were developing  variations of the original games, but with different components. While the removal of the Nintendo Creators Program on YouTube was welcomed, that hasn't stopped the company from being Nintendo.

Now the company is turning to specific YouTube channels to press-on with their unreasonable demand to stop emulators. Over the weekend, YouTuber Modern Vintage Gamer (MVG) discussed in a video that Nintendo was censoring him, issuing copyright strikes against his channel. With enough strikes, his channel could be removed. The strikes are against videos covering how-to emulate older games on the Switch. Disputing the claims with YouTube have been unsuccessful.

The reason for the copyright strike had to do with the footage being used within these how-to videos. They included small clips from Super Mario 64 and The Legend of Zelda: A Link to the Past. Which is kind of absurd, given that full gameplay videos for Mario and Zelda can be found on YouTube within seconds. MVG's videos have been specifically targeted for utilizing Homebrew, the act of getting unauthorized software to run on the Switch. MVG states that he owns the originals of every ROM, and the use of the video/visuals/photos/screenshare falls under "fair use." Kotaku has reached out to Nintendo for comment, and will most likely not see a response based on past experiences.

This isn't the first time Nintendo has done this. Other YouTubers have been hit with take down notices and copyright strikes if the video contains any information regarding emulators. Some have moved off the platform to circumvent Nintendo's grip.

“Nintendo has never had a good understanding about emulation,” [MVG] told Kotaku in an email. “They see it as a threat.” He said that people who own copies of Nintendo games should be able to run the game on any emulator they choose, “without fear of repercussion.”

MVG is going to focus his channel on mods for older consoles, and does not plan to release any more Switch videos in the near future. The threat from Nintendo will always be there. It's exhausting to navigate the claims from larger companies, while trying to edit videos to ensure your content doesn't get flagged. A lot of personal freedom in creativity is removed when making content for YouTube. It's something I have to face bi-weekly with CosPod. Every now and then Sony Entertainment or an obscure record label will claim our opening/ending song as their own work. It's not. I developed the bumper music on my own. Now to ensure that our videos are not flagged, thus being invisible to the world, I can only play a set number of seconds of the music - and keep the bumpers 10-15 minutes apart to prevent additional flagging. It's absurd. YouTube creators have to jump through a myriad of hoops to ensure their vision is still in the video, while hoping fair use will have their back.

Nintendo is not backing down. Not now. Not anytime soon. Probably not ever. Don't mess with Mario, even if what you're sharing is 100% legal. If it's not part of Nintendo's image, they are going to find a way to go after you.
Email Post
Labels: copyright law disney emulators fair use homebrew modern vintage gamer nintendo nintendo copyright strike nintendo youtube video game law youtube