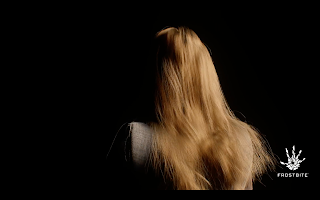 EA is still pushing hard on Frostbite as their future. Even though their current hit Apex Legends and the upcoming Jedi Fallen Order use the Unreal 4 engine, EA has put a lot of time and money into developing Frostbite. They are going to use it whenever they can. Whether or not they force their primacy studios to use it is up for debate. Frostbite has a time and a place. For battle royale titles, it's a huge waste of resources. A space-faring RPG? More reasonable. But it's still a hard sell when Unreal is a good, reliable product.

Thus EA has begun posting videos showing off the power of their game engine. Their primary focus with Frostbite has always been to be at the front of real-time rendering. And as you can see by their latest post, they are trying. With a "hair montage" you can see how much Frostbite is willing to render, shape, and move down to each follicle. I watched it on a PC monitor that's easily 8+ years old and it looks great. I'm sure a 144hz refresh rate will help that hair look stellar.

It seems fairly real. Minus the odd shadowing near the ends, the video quickly demonstrates how in-dept a developer can go with Frostbite. There are additional videos highlighting how the hair color changes, and maintaining volume as the figure moves around. It's all a bit creepy given that these were rendered on face-less mannequins. But it doesn't detract from how powerful Frostbite can be if a team is given time to fully explore the possibilities.

Of course there are more than enough questions regarding these tools. How will it affect gameplay and frame rate? If an entire city in Grand Theft Auto V had this kind of hair, the frame rate would probably drop to below 0. While the thought of having such luxurious locks on my next RPG character is enticing, the reality behind it is technology is not quite there yet to make it all render in an efficient manner.

In the coming months we'll see more of these type of posts from EA and Frostbite. Curious to see what they release next, even if the game applications are not feasible.
Email Post
Labels: ea electronic arts frostbite frostbite engine frostbite hair game engines graphics unreal engine video game graphics