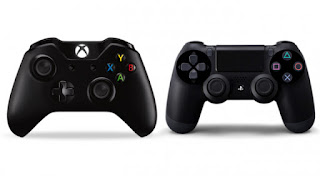 Apple is starting to realize that playing nice with the gaming market is a good thing. So much so that the next iteration of Apple TV will allow customer to use PlayStation 4 and XBox One controllers instead of touchscreens and whatever Apple-only monstrosity that they come up with.

The numbers for Apple TV are uncertain. The last recorded sales figure was 25 million in 2015 and the company has stopped posted sales numbers since then. Apple TV has been available since 2007. So there could be a large enough market for Apple to move in this direction and incorporate more gamer-friendly content. But we don't know. This could be another gimmick that falls to the wayside. Apple may appear to dominate the cellular market, but Android phones have steadily taken over as the top platform. You could also argue that there are hundreds of Android phones from multiple brands, but there is only one iPhone and one Apple. Therefore, Apple seemingly is ahead in the mobile game.

Regardless, console and PC gamers don't typically go to their phones for AAA and indie titles. They stick to non-mobile devices. To nab that crowd will always be a challenge for mobile developers. While it's nice that Apple wants to make their content more accessible with preexisting controllers, is it really going to draw gamers in? Not likely. Being able to use the controller I want on a phone or tablet won't substitute the quality and speed of my PC.
Email Post
Labels: apple apple ios apple trying to get into video games apple tv apple tv controllers apple worldwide developer conference mobile gaming wwdc