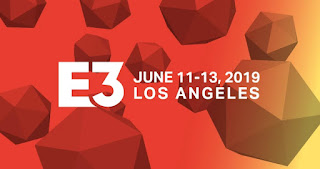 Google will be diving in with more details about their upcoming video game streaming service Stadia at 9am PST today! A few days before E3 and already everyone is spilling the beans on what they have to offer to the gaming community in the coming years.

But before we jump into why this continues to make us wonder "what the heck is E3 anymore?" let's quickly cover Stadia. Announced in March, the service will allow users to play any triple A title from platforms with a Google Chrome browser. It is meant to be simple, seamless, and effortless. Google's cloud technology will handle the processing and storing of data as long as the end user games on Chrome. Today's event will likely give us more details regarding availability and pricing, along with how that new Google controller will really stand up against the PS4 and XBox One versions. Titles like Destiny 2 are reportedly going to be available on Stadia. Google will not have a presence on the show floor at E3, but will likely cause a stir among attendees with today's event.

So let's move back to E3. The event itself is only from June 11-13. 3 days of gaming that has been extended out to an entire week, unofficially. Every year the biggest developers move their presentations up to be the first to announce their content - so much so that should Sony have opted to hold their own conference a week in advance, no one would have flinched at the implications. This year Microsoft's XBox showcase will be on Sunday along with Bethesda, Saturday will hold EA and Nintendo (along with a pre-recorded event on Tuesday), and Monday is SquareEnix and Ubisoft. Most of the big announcements are well before E3 starts on Tuesday. Why? To be the first. To be the one to capture everyone's attention so the content isn't lost during the show. People now spend the time at the event to see the stuff on the event floor, to varying degrees of success.

Though E3 has opened up to the public, the reaction from last year's event was a bit mixed. E3 isn't a gamer event. And that's because it's not. It's a trade show similar to the Consumer Electronics Show (CES). Attendees at E3 are likely to be developers, publishers, and retailers all looking to determine what the next "hit" game will be so they can stock up and profit from it. Over the years it caught the attention of gamers as a holy grail of video game events that media companies like Kotaku and the defunct G4 began to report on it.

As developers move away from the E3 corridor to host their own events, the show is having a difficult time defining what it is. There are times where it appears that it looks like a Penny Arcade Expo (PAX) but it's too stiff and business-y to pull it off. Is it a collective gaming expo for everyone to see new games for the year and next? Is it CES? Is it a new gaming con for fans? The new ESA President will have to figure out what that future will be if they expect E3 to survive in the coming years.

I mentioned this way back in 2012, but E3 can't satisfy both parties successfully. It needs to either be CES or be PAX. You can't do both and expect everyone to be happy.
Email Post
Labels: e3 e3 2019 google google stadia netflix for gaming stadia the future of e3 video game streaming video game streaming service what is e3