Twitch Sub Only Streams May Clash with Game Companies Terms 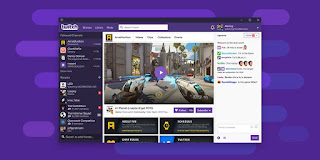 Last week Twitch announced a new "subscriber only" streaming system that would be available to Partners and Affiliates. The quick version is if a person has subscribed to a channel,, creators can make streams catered to them that others can not view without paying for it. A variation of this already occurs with channels providing an option to not allow VOD to non-subscribers, and "sub only" chat rooms during streams. Live streams have always been open for all to view until recently.

While it does sound nice for those looking to push a sub drive with such an incentive, a number of streamers have already remarked that they are not going to use the service as it could easily drive away new viewers.

And as one Redditer remarked, it could even be against some game companies Terms of Service (TOS).

Kotaku detailed the findings from Justalazygamer. Blizzard, Valve, Riot, and several others have language in their terms along the lines of "you can not force a viewer to pay a fee to watch you play X, Y, Z game." There are variations and exceptions for YouTube that are specifically listed, but the overall content is a bit of a grey area that can be open to interpretation.

What does this mean for Twitch and streamers? Right now not much. Until the companies put out revised TOS or remark on Twitch's new content, streamers will have to figure out on their own what to do. If there's enough pushback from gaming companies and streamers, Twitch could drop the feature. We have to wait and see what happens next.
Email Post
Labels: kotaku streaming subscribers twitch twitch subs twitch subscribers video game streaming