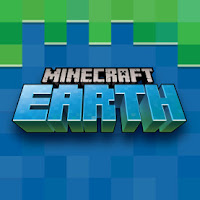 Minecraft Earth is packing a lot of content into their game.

The augmented reality (AR) cell phone game is starting to look more and more like a mini Minecraft game. With the closed beta coming up soon, the free to play game showed off more of what it has to offer yesterday.

Much like other AR games, you character levels up as you walk around the "world" and collect items. You'll have an inventory to stash your pre-made content such as doors, items, and the usual Minecraft-fare. You can also collect items from animals and enemies (called "tappables") that are out in the wild, similar to the original game. While walking around in Minecraft Earth, the game will look similar to Pokémon Go where the space is transformed to fit the game - aka, everything will be blocky and square.

The build plates is where most of the interaction will be driven. Build plates are the spaces in the real world where you can create things in Minecraft Earth. They need to be a flat surface like a tabletop. You do everything in miniature before moving the plate and the item becomes life-sized. The build plates will also correspond to the different biomes that are in Minecraft (jungle, arctic, desert, etc.).

The game will also included unique skins for you to use on your default character.